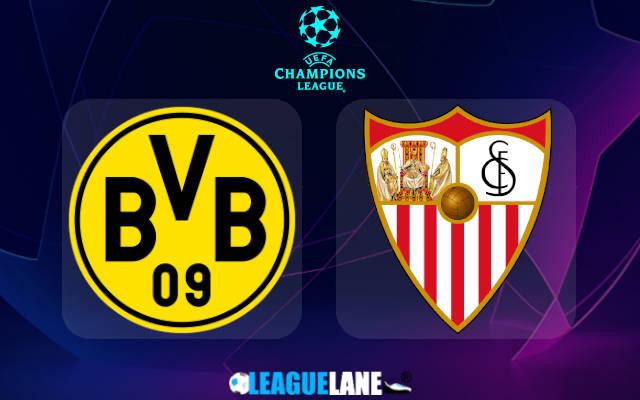 Borussia Dortmund welcome Sevilla on the matchday 4 of the Champions League 2022/23 on Tuesday. The hosts looking for a second win against the Spaniards to book their place in the knockouts.

It was a crushing victory for Edin Terzic’s men when they took the trip to Seville last week. Different scorers made it 4-1 in another Champions League match where Dortmund continued the trend of netting first and a third consecutive clean sheet.

They did lose to Manchester City after taking the lead meanwhile making light work of the other two opponents. Their two victories in the competition came with clear three goal margins and they are clear favourites to go through from the group behind the sky blues from Manchester.

Taking about confidence going into a crucial game, the men in black and yellow grabbed a late equalizer from 2 goals down against Bayern Munich on the weekend.

Sevilla on the other hand started their life under a new manager on the weekend and earned a decent draw against inform Athletic Bilbao. Jorge Sampaoli is in charge of the club for a second spell, he has a big task with the team winning in just 1 of the 10 competitive matches so far.

The Rojiblancos are most likely to fight it out against FC Copenhagen for a ticket to Europa League having managed a solitary point from the first three matches.

After the 4-1 victory of last week, Dortmund leads the overall head-to-head against Sevilla with 2 wins to 1 with another 2 games ending in stalemates.

And it was the fourth consecutive game that registered both teams scoring and a massive over 3.5 goals.

At this ground, Sevilla registered a win and draw from their two visits so far.

We are expecting the struggles of Sevilla to continue the midweek and a routine Dortmund win is very much on the cards.

We will take the hosts to lead from the first half to see off the game and therefore HT/FT 1/1 offer excellent value with odds priced at 2.40.

Dortmund is team without an out and out striker and most of their goals come from the midfield and set pieces. However, we will take Youssoufa Moukoko to score anytime here, the youngest ever Bundesliga goal scorer looked unstoppable in the 2-2 draw against Bayern on the weekend.