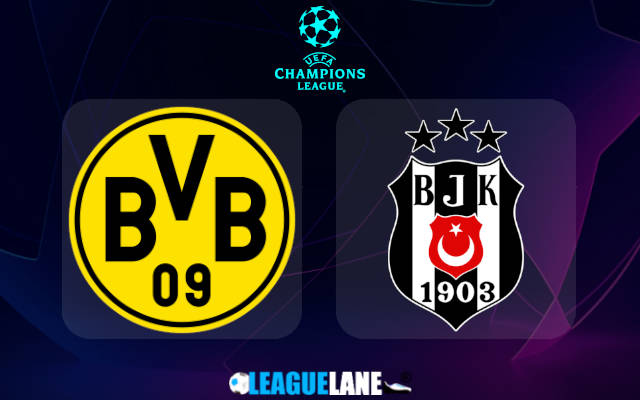 Dortmund look for a consolation win when they welcome Besiktas for the final group game of the 2021/22 Champions League.

The 3-1 defeat to Sporting on matchday 5 confirmed Dortmund’s elimination from the Champions League. They have 6 points in the bag, one of those wins came against Sporting on matchday 2, but that win by a single goal margin is trumped by the latest defeat by 2 goals in Lisbon. This means they cannot finish above the Portuguese club, the gap between the two sides currently stands at 3 points.

Besiktas on the other hand had a disastrous campaign and they lost all five games so far. They will line-up at the Signal Iduna Park to avoid a humiliation, rarely teams left Champions League group stage with zero point in the bag.

The 2-1 win on matchday 1 of helped Dortmund to keep their 100%-win record against Besiktas. The only other meeting between the sides happened during the 1989/90 European Cup Winners’ Cup. The team in black and yellow won 2-0 at home and 1-0 in the away leg.

Dortmund have an excellent overall h2h record against Turkish clubs having won 7 of the 9 meetings so far along with a draw and a loss.

Champions of Turkey last season, Besiktas are in an epic slump this season and are currently placed at 9th in the Super Lig table. They managed just 2 wins in the last 14 across all competitions and must do better to avoid a humiliating defeat at the Signal Iduna Park.

Dortmund have their fair share of problems this season, mainly due to injuries and they still have some 9 senior players in the nursing table. This includes the likes of Emre Can, Giovanni Reyna, Thorgan Hazard and Julian Brandt.

But they are given a boost by the return of Erling Haaland, who is looking good after netting in the 2-3 defeat to Bayern on the weekend. Therefore, goals are guaranteed in this fixture, expected to win by the hosts on a big margin.