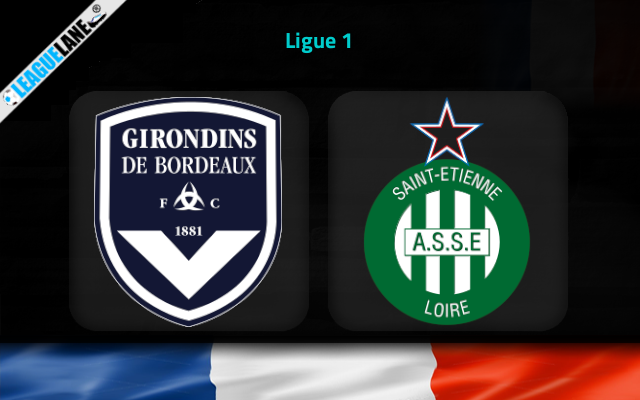 Bordeaux are having the worst defensive line-up of this season. They doesn’t possess anything impressive and are luckily placed second from the bottom with just two point difference with the bottom of the table Metz possessing a better from when compared with.

Bordeaux were last seen playing a 6-1 defeat on road against Lyon. They were on the back of two subsequent unbeaten fixtures in the league before recording the above demotivating defeat.

Meanwhile, St. Etienne are also having a disappointing form but are not that unimpressive as Bordeaux. They occupies the 17th spot, at the verge of the relegation picture with a total of 30 points. Their disappointing offensive and defensive line-up is the evidence of their unpleasant run this season.

St. Etienne recorded a 2-1 victory at home against Brest in their most recent league fixture. They were following a streak of four subsequent winless games in the league before recording the above victory. They will be hoping to make that win count for sure.

Bordeaux have only won thrice in the past 10 home fixture across all competitions. We can see them recording a negative display in 5 of those 10 home affairs.

On the other side, St. Etienne are also having the similar form on road. They have lost five of the past 10 on road fixtures across all competitions. Their most recent on road fixture against Lorient ended up in a demolishing 6-2 defeat.

Analyzing the above stats, we are envisaged to think that both these outfits might end up in a score draw when the referee blows the final. Therefore, we are backing the draw option for this one.