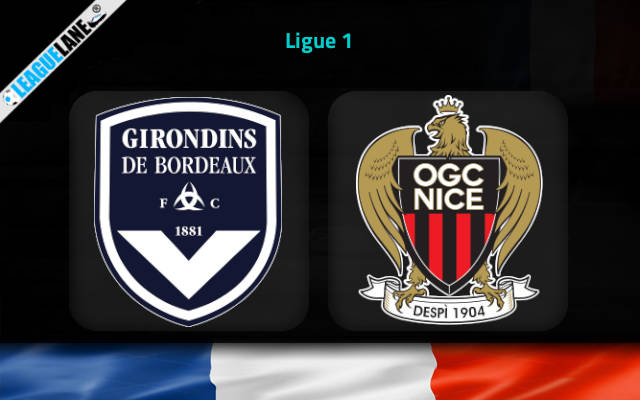 Nice stayed in contention for the third-place finish and a spot in the UEFA Champions League next season thanks to a 1-0 victory over Troyes last weekend.

Kephren Thuram was the hero of the evening as his strike from the third minute of added time claimed three points for Nice.

Christopher Galtier’s men are only two points below Rennes and Monaco who share the third position in the Ligue 1 table ahead of the last four matches of the season.

Nice will have a nice opportunity to back up the mentioned win over Troyes on Sunday afternoon when they travel to Stade Matmut-Atlantique to take on relegation strugglers Bordeaux in Matchday No 35.

Bordeaux just seem incapable of playing defense these days. They got off to a dream start to the last weekend’s clash against Nantes by scoring two first-half goals at Stade de la Beaujoire-Louis Fonteneau.

However, Les Canaris managed to completely shift the course of the game after the break as they eventually claimed a 5-3 victory over Bordeaux in front of their fans.

It was the second time in the last three Ligue 1 rounds for Bordeaux to concede at least five goals. They fell 6-1 at Lyon beforehand.

Bordeaux boast by far the worst defensive record in the division with as many as 84 goals conceded in 34 games so far in the season.

Both teams desperately need points to fight their separate battles. We see Nice as big favorites here, but the fact they are winless in six successive away outings makes us go away from the away win pick here.

Instead, the draw looks juicy at the 3.60 odds. We will also back Both Teams To Score at the 1.66 odds knowing that Bordeaux just do not play defense at all these days.