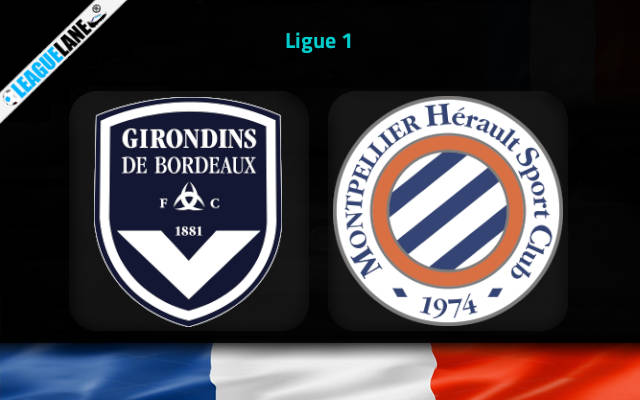 Girondins Bordeaux have achieved won just thrice in their 22 most recent games in the league and are currently the front-runners to get relegated to Ligue 2.

With the most losing figures in the league, they have been denied victory since the last 6 league schedules.

Montpellier are undefeated at half time in their last 13 league games in a row, but they couldn’t keep that up until the end of 90 minutes. They lost twice from their last 3 fixtures and hopes to get back to their winning ways as they travel to Matmut Atlantique this Sunday to face the devastated hosts.

La Paillade is at the 11th spot on the standing with 38 points from 28 games. They won 11 times in the league while drawing on 5 and losing on 12 other occasions. Montpellier have won only once from their 6 most recent matches of Ligue 1.

In the game prior to this, Montpellier had a goal-less drawn match against Nice. Their forwards have had real problems scoring goals in their past 6 encounters, recording the poor return of only 4. In those matches, La Paillade have also seen the overall goal tally of opposing teams equal 10.

On the other hand, Bordeaux resides at the rock bottom closing the 20th position on the table with a mere 22 points. Of the 28 matches played, they won 4 times in the league while drawing on 10 and losing on 14 other occasions. Their total goals to conceding ratio stands at 38:68 which is the worst in the league.

Bordeaux suffered a 3-0 loss in their previous game against Paris Saint-Germain which was their second in a row. Over the prior 6 league fixtures, they have conceded a total of 15 while they scored only 4 from the same.

The home side are winless against Montpellier in their last 6 matches in the league and haven’t won at home since the past 2 league fixtures. We therefore feel that an away win is likely to occur.