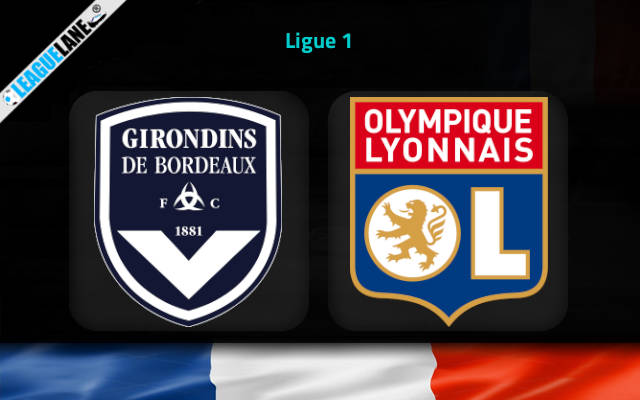 This has been a poor campaign so far for Bordeaux who are usually a staple team of Ligue 1 and finish in mid table but this is a position they would be wishing for now as we are in December and they are in 18th place and in the relegation zone.

The good news is that there are not too many points difference and if they won here and other results worked out for the club they could climb up to 16th place. But the omens do not look good and in midweek they were hammered 5-2 by Strasbourg. Bordeaux have lost two in a row and not tasted victory since Halloween.

Lyon are in 10th place with 22 points and by their standards are having a season to forget. They are already 19 points behind league leaders PSG but only six points from a possible Champions League finish but of course there are a lot of teams in front of them and that is clearly the sticking point.

Lyon had a shock loss at home to Reims in midweek and have lost two of their last three games played. Away form is poor for them with four defeats from seven although they did end four games without a win on their travels as they beat Montpellier 1-0.

Bordeaux vs Lyon Head to Head

Lyon has the better side but it is hard to be convinced by their form and their price as favourites to win this game seems to be based on reputation and not quality and form coming into this one.

The draw as final score can be risky so the value lies in backing the home side here on the double chance which will cover us if the game does finish in a draw.

The chances of both teams cannot be ignored with an incredible stat of that coming in 90% of the time, so that will be our second choice. But we expect Bordeaux to surprise Lyon in this game.