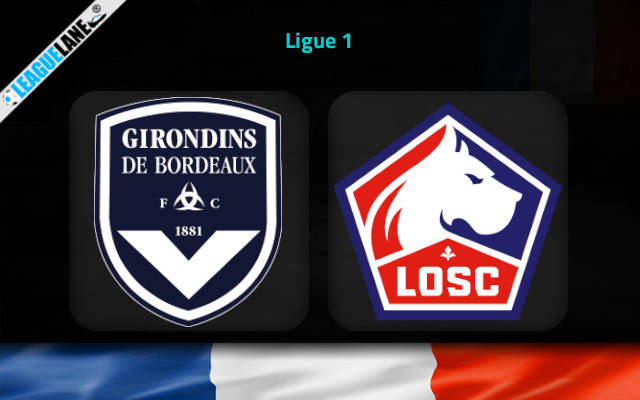 Lille are just three points shy of fifth-placed Montpellier at the moment. They won four and drew one of the last five games in all competitions and we expect them to maintain such a fine spell of form against the struggling Bordeaux side here.

Lille will be looking to maintain their ten-game undefeated streak on Wednesday evening when they travel to Stade Matmut-Atlantique to take on bottom-half Bordeaux in the 19th round of Ligue 1.

Lille have grown in form and confidence after making a slow start to their title-defense campaign in the elite class of French football.

They still have a mountain to climb to challenge the positions that lead to European competitions next season.

Jocelyn Gourvennec’s men sit at the 11th place in the Ligue 1 table at the moment. However, they advanced to the last 16 round of the Champions League after a big 1-3 win over Bundesliga side Wolfsburg in the last game of the group phase.

Lille have also significantly improved their performances in Ligue 1 where they managed to beat Rennes and Troyes before playing a goalless draw to Lyon in the last three rounds.

It is thus hard to resist the impression that the visitors are pretty clear favorites on Wednesday against Bordeaux who have been struggling to perform since the beginning of the season.

No other team in the division have conceded more than Bordeaux’s 40 goals so far in the season.

Les Girondins did manage to beat amateur side Les Jumaeux M’Zouasia 10-0 at the weekend in French Cup but this result will count for little when they come face to face with in-form Lille here.

Tips for Bordeaux vs Lille