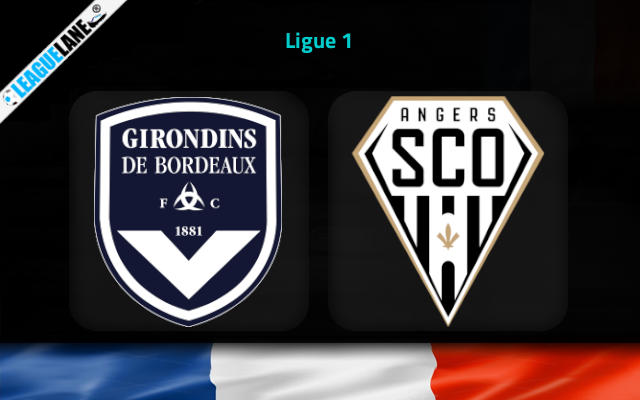 Angers hold the top of the Ligue 1 standings with an impressive 5-0 goal difference after the opening two rounds. Can they maintain such a brilliant spell of form and pick up the third consecutive triumph on Sunday afternoon away at Bordeaux?

Bordeaux and Angers finished the previous term of Ligue 1 right next to each other in the middle of the standings.

The two teams have, however, begun the 2021/22 campaign in a completely opposite fashion.

The visitors got off to a fabulous start with back-to-back clean sheet triumphs over Strasbourg and Lyon.

The new manager Gerald Baticle has clearly managed to find the winning formula right at the start of his reign at Angers.

His 3-4-1-2 formation worked perfectly in the opening two rounds. The most dangerous fact about this Angers squad is that the goals can come from anywhere.

The visitors have bagged five goals in the opening two outings and they still do not have a player with more than one goal to his name this season.

Bordeaux, on the other side, suffered a disappointing 0-2 defeat at home to top flight debutants Clermont on the opening day.

They were on the best way to back it up with another defeat last weekend, going 0-2 down at the half time of the clash against Olympique Marseille at Stade Velodrome.

However, PSG’s loanee Timothee Pembele introduced a new life into the team scoring a goal just six minutes upon coming on for Mexer at the start of the second half).

Remi Oudin followed it up with a quick equalizer as the team led by the former Swiss national team head coach Vladimir Petkovic got their maiden point of the season.

Angers have been much more impressive of the two sides in the opening two rounds. Bordeaux offered very little in the final third in both of their opening two fixtures and we would not be surprised to see the visitors keeping the third straight clean sheet here.

Angers’ win is paid at the 2.45 odds, while you can grab even higher 3.00 odds for the visitors to keep things tight at the back on Sunday.