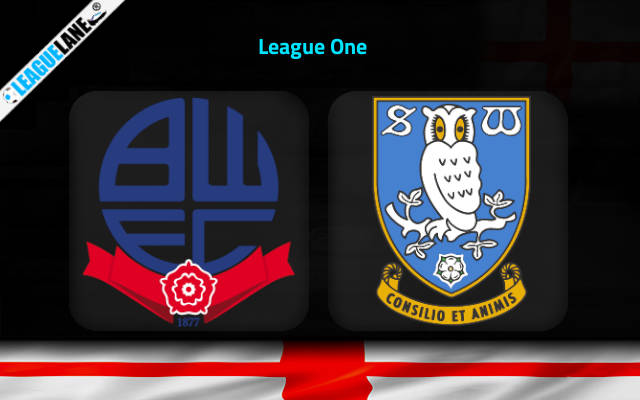 Bolton has played moderately well in their recent matches. The team has achieved mixed results throughout the season. They are currently unbeaten in their last three matches. From the last ten matches, the team has got four wins, three draws and three losses. Their performance has placed the team in the 11th position on the league table with 60 points from their matches.

Bolton’s last match against Portsmouth ended in a draw. Both teams found their opposition’s net only once, ending the match with 1-1 FT score.

Sheffield Wednesday has been a powerful presence in the League One this season. They have played well in their matches and have lost in the matches only occasionally. At the moment, the team stands 5th on the league table with 72 points to their name after 40 matches.

Sheffield had a narrow win in their last match against Wimbledon. Wimbledon. The match was on the verge of ending in a draw when Lee Andrew Gregory scored a goal in the 90’  minute, which helped the team to take the lead in the match. The match ended with 2-1 FT score.

Sheffield is in good form at the moment and when they face Bolton in the next match, they will surely give the opposition a hard time. Bolton has also played well in their matches recently. The team currently has not lost in the last three matches. They have also scored against their opposition in seven of the last ten matches. Sheffield has also scored in most of their recent matches and is unbeaten in the last five matches.

Bolton’s home matches have brought in some good results. They have got six wins from the last ten home matches. Sheffield’s recent away match has got mixed results to show. Also, the recent matches have ended with a loss for the team as well.

Sheffield is the better team of the two and has got more chance of sealing the win in this match. Both teams have the tendency to score in the match. So, we can expect the match to end with over 2.5 goals.