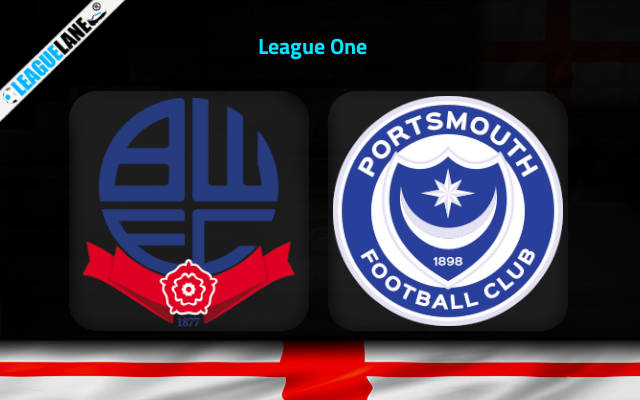 With only a single point apart while lying one below the other, Portsmouth will travel to University of Bolton Stadium this Tuesday to meet the Bolton Wanderers for the 40th Round of League One.

Bolton is at the 11th spot on the standing with 58 points from 39 games. They won 17 times in the league while drawing on 7 and losing on 15 other occasions. The hosts have an inconsistent form in the league of late. However, they have a strong offensive and an average defensive lineup.

Bolton Wanderers won 1-0 against Crewe on road in their most recent league fixture. The above victory came after two winless games recorded by them. Ian Evatt’s men have netted 8 times in their past 6 outings. Conversely, the number of goals that have been scored against them in those fixtures amounts to 5.

On the other side, Portsmouth resides just above them at the 10th position on the table with a 59 points. Of the 38 matches played, they won 16 times while drawing and losing 11 games each. They are currently on a 3-game winless run in the league.

In their last game, Portsmouth drew 0-0 in the League One tie with Wycombe Wanderers. They have conceded only 4 from their past 6 outings in total. Over that same period of time, the number of goals that they have netted amounts to 10.

Bolton won 6 of their last 8 home matches. But they haven’t won at home in the past 2 league matches. The hosts have also not won against Portsmouth in their last 4 league games.

We anticipate an away win or draw as, Portsmouth maintained a strong h2h dominance over this rival.