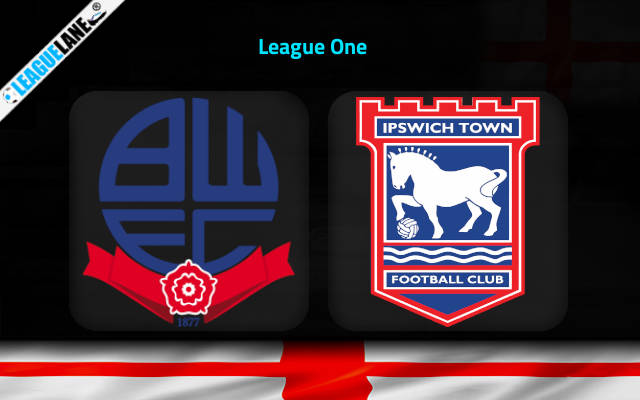 Considering recent form, Bolton deserves to be called possibly the worst team in the whole of League One. Not only are they on a long losing streak, but they are conceding goals in huge numbers as well.

Meanwhile, Ipswich have been on a good run lately, and are going after a top-six spot. As of now, they are placed tenth in the table.

And most importantly, they have a dominant h2h record against this foe over the years.

Taking into account these observations, expect a win for Ipswich this weekend at the University of Bolton Stadium.

Bolton last recorded a league win back in November, and since the first week of October, they have had exactly three of those.

They had also failed to keep clean sheets in eight of their past ten home matches, and they had conceded two or more goals in five of their past eight home appearances.

On the other hand, Ipswich just recorded a 0-4 win on the road against Gillingham. They had also remained unbeaten in 20 of their past 26 overall fixtures.

Going on, they have also thoroughly outclassed this rival in h2h meetings over the years.

Considering these observations, expect a win for Ipswich this Saturday, and judging the struggles of Bolton, anticipate goals in plenty as well.

Tips for Bolton vs Ipswich