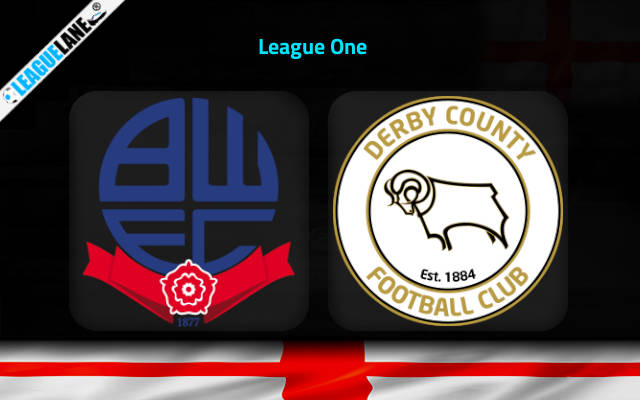 Bolton Wanderers vs Derby County Predictions and Free Tips from our expert tipsters when the teams go head-to-head in League One on Tuesday, 27 December 2022.

Bolton celebrated their tenth win of the season as they defeated Exeter. They are in the fifth position on the table presently. Their two-game winning streak at home will be at risk as they will play against Derby.

Derby won this fixture last time by 4-0. They have won four of the last five head-to-head meetings against this team.

Do note that both teams will be playing against each other at University of Bolton Stadium after a period of more than four years.

Who will win the match between Bolton and Derby?

We are backing Derby to win this fixture. They recently celebrated a huge 4-0 victory against Forest. Not only that they remain unbeaten in the last eleven overall head-to-head meetings against Bolton with just one exception.

In four of the last five encounters, the visitors have scored at least two goals against this team. We can expect the visitors to score the same number of goals in this upcoming fixture.

Both teams have scored in only two of the last six head-to-head matches. This is also the case at University of Bolton Stadium since 2014 with few exceptions.

The first tip is that Derby will score over 1.5 goals – at 2.62 odd. The visitors have scored a minimum of two goals in their last five victories against this team. They will head into this game following their 4-0 victory against Forest.

Our second tip is that David McGoldrick will score anytime – the odd for this tip will be at 3.40. He scored a hat trick in his last match. Moreover, he scored seven goals for his team in his last sixteen appearances.