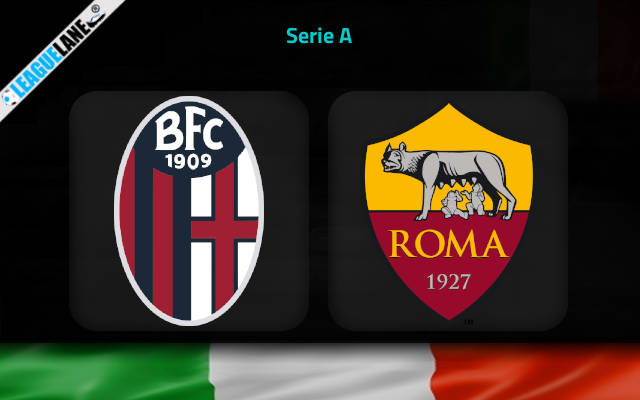 Roma will travel to the Stadio Renato Dall’Ara as they take on Bologna on matchday 15 of Serie A. The match is set to kick off at 17:30 UK this Wednesday. Read our Preview, Predictions, and Betting Tips with Analysis here.

Both teams came away with a 1-0 win in their preceding match. While Arnautovic’s penalty sealed the win for Bologna against Spezia on the road, Tammy Abraham scored in the 33rd minute against Torino to seal 3 points for Roma.

The Wolves have looked comfortable in their wins this season but were humbled against stronger teams losing to Milan, Juventus and Lazio. They did suffer rather surprising losses against Venezia and Verona. They are currently 5th in the table 10 points behind Napoli who are on top of the table.

Rossoblù has pulled off some amazing wins this season and have managed to hold on to a point on a few occasions but it is their losing margin that has affected the momentum of the team. They lost by 2 or more goals to Empoli, Milan, Inter and Napoli. The club is currently 9th in the league level on points with 6th place Fiorentina.

The hosts have been defeated just twice at home this season and handed another Roman team, Lazio a 3-0 defeat at this venue. I believe they would gain at least a point from this fixture as the visitors have lost 4 of their last 6 away games in the league and have suffered 11 losses on the road in Serie A in 2021.

The hosts have scored 2 or more goals in 4 of their last 5 games at home. With Roma managing just 3 clean sheets on the road since October 2020, expect the hosts to score over 1.5 goals.