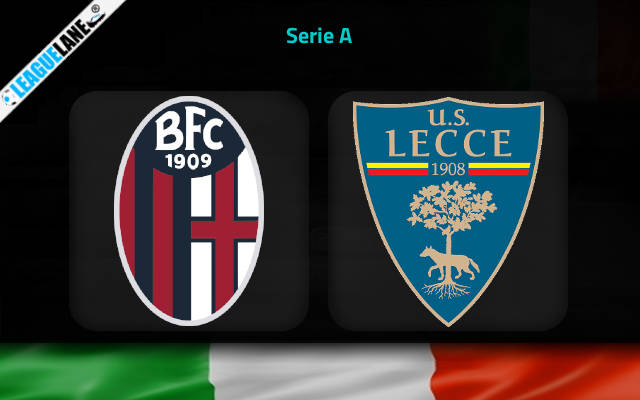 Bologna and Lecce sit right next to each other in the bottom half of the Serie A standings having won only a game apiece in the opening ten rounds of the competition.

They are now set to lock horns in Matchday No 11 on Sunday afternoon at Stadio Renato Dall’Ara.

Bologna took only one point in the previous four league games but they will still enter this tie high on confidence after a strong display against the current leaders Napoli last weekend.

I Rossoblu gave Napoli a game seven days ago, losing only 3-2 at Stadio Diego Armando Maradona and firing in 16 attempts towards the rivaling goal in the process.

He should have much more space to deliver the goods on Sunday against Lecce. The visitors held Fiorentina to a 1-1 draw at their Stadio Via del Mare in the last game of the previous Serie A round.

It was a nervous affair with five yellow cards for each team and one red as well for Lecce’s Antonino Gallo.

Nevertheless, Lecce are proving to be a tough nut to crack to many teams in the top flight. They lost only a single of the previous five league outings, a narrow 2-1 loss at Roma.

Bologna looked great in the loss at Napoli and we expect them to capitalize on such a fine display by claiming the second win of the season here at home against Lecce.

The value is great in backing the Home win & Over 2.5 goals FT bet at the 3.75 odds, while we also like Joshua Zirkzee to score anytime for the hosts at the same 3.75 odds. If you like punts, you can back Lecce to receive a red card since they did so in each of the last two matches.