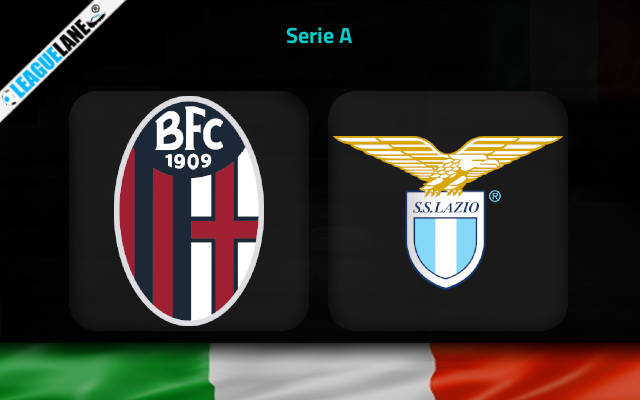 Lazio travel to Stadio Renato Dall’Ara to battle Bologna in the first fixture of Sunday’s Serie A schedule.

While a three-pointer against bitter rivals always brings a fantastic feeling, the head coach Maurizio Sarri still has some significant ongoing issues ahead of the clash with Bologna.

His problems are mainly concerned with the team’s back line that shipped goals way too easily this early in the season.

I Biancocelesti are yet to keep a clean sheet this season. They have also conceded in all four away matches across competitions (including a 1-0 loss to Galatasaray at the beginning of their UEFA Europa League campaign).

Lazio faced 20 shots (8 on target) seven days ago against Roma. Their defense will be under a huge pressure on Sunday at Stadio Renato Dall’Ara.

Bologna certainly possess enough quality up front to exploit Lazio’s defensive holes. Marko Arnautovic has bagged three goals in six appearances this term, while Musa Barrow was on the scoresheet last weekend against Empoli as well.

Nevertheless, Bologna have also been anything but meticulous at the back. They shipped four goals in an unpleasant defeat at Empoli last Sunday.

The team led by Sinisa Mihajlovic allowed as many as 12 goals in the last three Serie A outings.

Neither Bologna nor Lazio have been playing defense at all lately. The hosts shipped 12 goals in the last three games, while Lazio have not kept a clean sheet since the start of the season.

This is why we will go with the Over 2.5 goals FT & Both Teams To Score as the main betting option at the odds of 1.80.