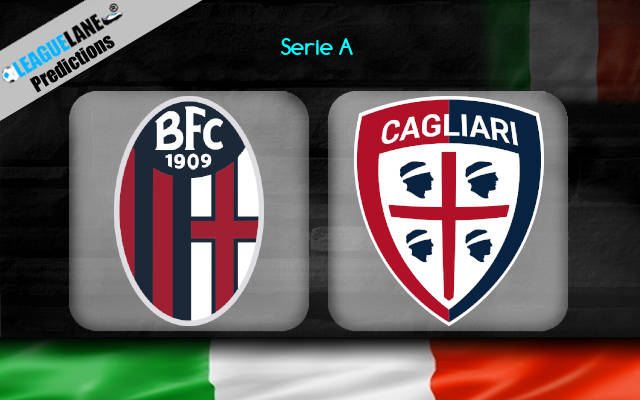 Sinisa Mihajlovic is under a lot of pressure after opening five weeks of brand new season in Italian Serie A.

Bologna keep sinking in terms of standings after losing four out of the last five domestic outings. They have collected only three points, currently occupying 17th place at the moment, just one above the red zone.

Round number six brings Cagliari to Renato Dall’Ara Stadium this Saturday, which is a good chance for hosts to end the awful run.

Despite all those losses lately, Bologna are still considered warm favorites in this match, currently priced at 1.90 odds to snatch whole prey.

Last season’s encounters between these two teams were entertaining and exciting. Cagliari won the match at Sardinia after a lot of drama 3-2 FT, while match at Renato Dall’Ara ended without winner 1-1 FT.

Bologna hosted Cagliari 14 times in the past, having won eight matches while losing only three. The average number of goals scored in h2h encounters at this stadium is exactly 2.00 per duel.

Four out of the last seven duels between these opponents ended without winner.

After a slow start and back-to-back losses to Lazio and Atalanta, team Cagliari have bounced back with two victories achieved in the last two weeks. They have managed to beat Torino on the road 3-2 FT and Crotone at home 4-2 FT.

As you can see, this team enjoys playing aggressive and attackingly-oriented formations, which usually leads to high number of goals.

The same goes for Bologna – Mihajlovic’s team ended six out of their last eight matches across competitions either BTTS or Over 2.5 FT.

We are expecting to see similar scenario on Saturday night, and tipping goals. As for the secondary option, draw or away win seems like the best option.