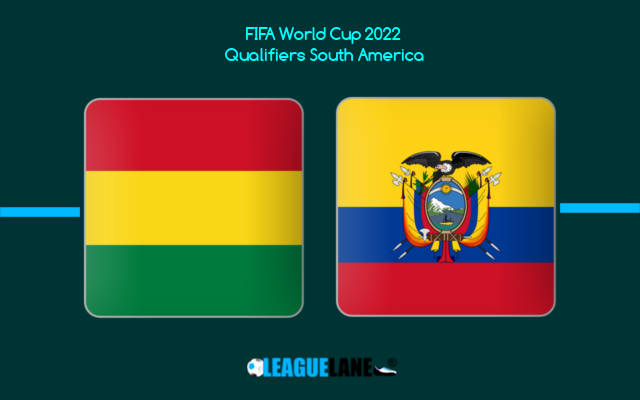 Even though World Cup Qualifiers have just started recently in South America, team Bolivia are already under a lot of pressure. They haven’t qualified for any big event in decades now, and that is hardly going to change any time soon.

The Eagles have lost both of the encounters so far, so anything but three points in Thursday night home fixture against Ecuador would hammer them down to the last place.

Visitors are entering this clash with a lot of confidence and high team spirits after demolishing Uruguay at home 4-2. As for the odds, Ecuador are labelled as favorites at 1.72 rate.

These two opponents locked horns 14 times in the past and stats are heavily going in favour of the visiting team. Ecuador were victorious in 11 occasions, while losing only one match to Bolivia.

There was total of 46 goals scored so far, which averages 3.28 per duel.

The most recent match at this venue in La Paz took place in 2016 World Cup qualifiers. Full-time result was 2-2.

Truth be told, Bolivia have faced two best teams in South America in the opening rounds. They were easily defeated by Brazil in the premiere match 0-5, while offering much more resistance against Argentina at home.

Bolivia even had the lead against Gauchos thanks to an early goal of Marcelo Martins, but eventually lost the match 1-2. Squad looked good in the last friendly game against Haiti, winning it 3-1, but it’s been almost a year since that duel.

Ecuador were awful in the last WC qualifying cycle, ending in 8th place with only six victories in 18 matches.

It seems like the squad improved a lot since then. After the first round loss to Argentina, they responded with fantastic game and 4-2 home win against Uruguay.

Coach Gustavo Alfaro has a lot of great players in the roster. The most known are Enner Valencia, Romario Ibarra and Xavier Arreaga.

We believe this squad can beat Bolivia and snatch three important points on Thursday.