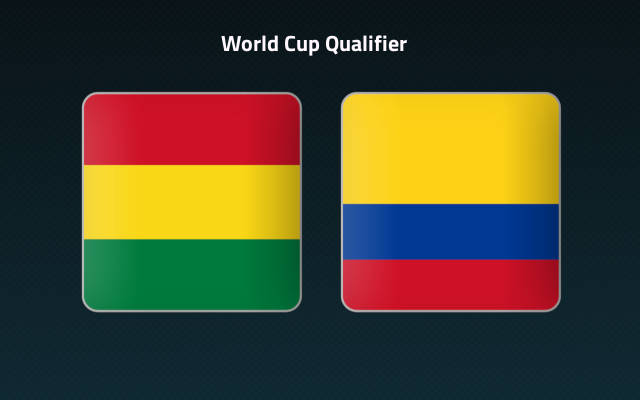 Bolivia is not out of the South American world cup race despite only 1 win from 6 matches as only 3 teams have more than 2 wins. A win this Thursday would put them in the middle of the table and with a realistic shot ahead of their final match versus Uruguay.

This will, however, be a tall order for Bolivia as they look to face Columbia who is the favourites to win the tie.

Colombia has themselves struggled in the qualifiers, managing only 2 wins from 6 matches. So this makes their argument for a spot in the world cup contentious at best. A win this midweek would go a long way to secure that World Cup spot.

Bolivia vs Colombia Head To Head

Columbia should have no trouble securing 3 points and inching closer to that coveted world cup spot. Columbia however is in poor form with 3 losses in the last 5 matches. Even a draw would be considered a disappointing result for the Colombian side.

Bolivia should be able to score at least one goal due to Colombia’s lack of defence. James will be a constant threat to score as he did the last two times he faced Bolivia.

The game should be a relatively low scoring affair with the most likely score to be 2-1 in favour of Colombia.