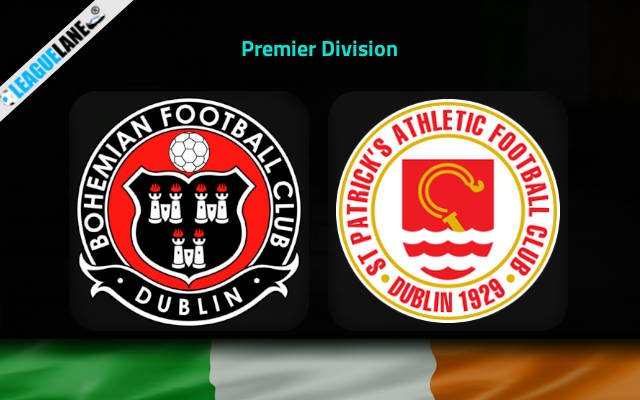 Both Bohemians and St, Patrick’s Athletic are consistently finding the back of the net but at the same time they have been letting in goals in huge numbers as well.

Both teams are going after a place in the podium and with the campaign about to enter its closing stages, it is important for the teams to pick up pace.

Bohemians are placed 6th in the table as of now and they have quite a distance cover if they are to qualify for Europe. As such, count on them to deliver a good performance this Monday at the Dalymount Park.

Meanwhile St. Patrick’s Athletic need a surplus of 4 points to climb level with the 3rd placed team and they will consider this upcoming encounter as an opportunity to close down this gap.

Moreover majority of head-to-head clashes over the years also have had goals in huge numbers and taking into account all these observations it is expected that we are about to witness a high-scoring affair between the 2 teams.

6 of the last 8 fixtures of Bohemians had goals from both teams. It also needs to be mentioned that they were able to deliver a total of just 3 clean sheets in front of their home crowd from their past 14 appearances here.

On the other hand, even though St. Patrick’s Athletic had won 3 of their past 4 overall games they were able to keep just 3 clean sheets from their past 8 games.

Considering these observations, and the head-to-head scorecards between the two teams, it is anticipated that goals will come from either end of the pitch this Monday.