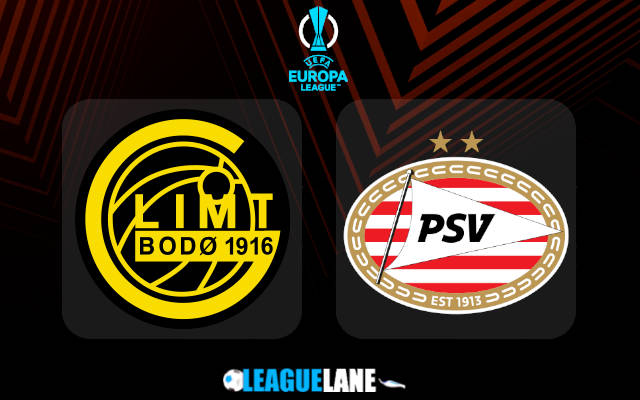 PSV Eindhoven made things interesting in Group A of the UEFA Europa League by beating Arsenal 2-0 last week on the home patch.

The Dutch outfit are now only two points shy of the Gunners at the top of the group standings, meaning that a potential upset from Zurich in North London on the final day of the campaign could allow PSV to win the group.

It is a very unlikely scenario, though, as Arsenal are enormous favorites against Zurich at Emirates Stadium.

This match in Norway between Bodo/Glimt and PSV Eindhoven could be much more interesting one.

The hosts have lost three games on the spin in this competition and are now only a single point above the rock-bottomed Zurich.

They need the Swiss outfit to lose the last round’s fixture against Arsenal to qualify for the UEFA Europa Conference League regardless of their score here against PSV.

Bodo’s manager Kjetil Knutsen has a lot to worry about regarding his team’s recent defensive displays.

Bodo/Glimt conceded five goals in the previous two games in all competitions. They are now up against a very talented PSV attacking line and we are not quite confident regarding the hosts’ chances of keeping a clean sheet on Thursday night.

PSV Eindhoven have bagged 13 goals in the opening 5 games in Group A and are by far the highest-scoring team in the section. Arsenal have, for example, notched only seven goals so far.

PSV Eindhoven bagged at least two goals in five of their last six games in all competitions. They are up against Bodo/Glimt who have allowed five goals in the last two matches against Zurich and Rosenborg.