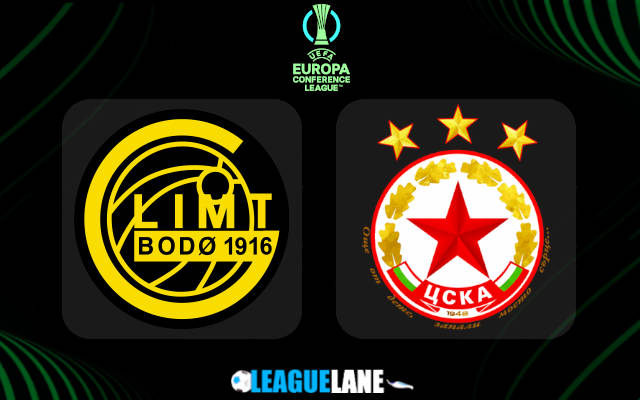 Bodo/Glimt won ten and drew one of the last eleven home outings in all competitions. They have just taken four points from a double-header against Jose Mourinho’s Roma, netting eight goals in two clashes against the Serie A heavyweights. We are backing a comprehensive home victory here.

Bodo/Glimt made a huge step towards the knockout phase of the Europa Conference League after claiming four points from the two clashes against Roma in the last two rounds.

The Norwegian outfit have thus won two and drawn two apiece of four games in Group C. They sit at the top of the group standings with a single-point advantage on Roma and a two-point cushion on Zorya.

CSKA Sofia are, however, the only eliminated team after four rounds, following their successive defeats to Zorya in the third and fourth round of the competition.

The Bulgarian outfit claimed just one point in four fixtures and it came just against the current group leaders Bodo/Glimt.

It was a boring game that ended without goals and without too many goal-scoring chances two months ago in Bulgaria.

Knowing that Bodo/Glimt are flying high these days, we can hardly expect any other scenario but a commanding home win at Aspmyra Stadion.

Bodo/Glimt are also doing well in the Norwegian Eliteserien where they are five points clear at the top of the standings after 27 rounds.

Tips for Bodo/Glimt vs CSKA Sofia