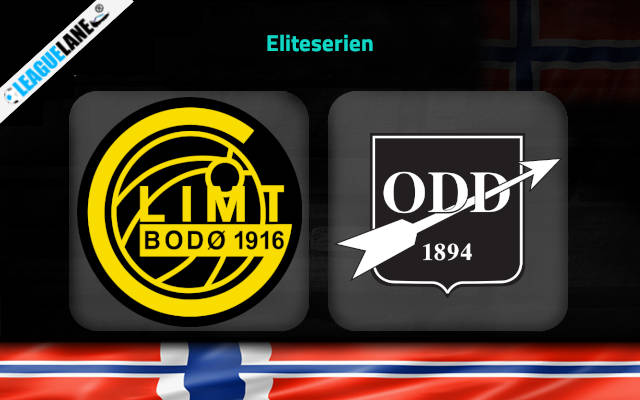 Table toppers Bodo take on Odd BK in match week 18 as the hosts look to stamp their authority at the top of the table after being given the opportunity by their closest competitors Molde.

The home side currently have 34 points on board in 17 league games as they will be aiming to kick-start their league campaign after the international break and continue their progress to win the league for the second time in a row.

The hosts come into this fixture after securing a thrilling 3-2 win against Tromso in the league. That game saw goals from Amahl Pellegrino who scored once in the 57th minute and Ulrik Saltnes who scored a brace in the 63rd and 87th minute of the game.

That win was a confidence-booster as the hosts will be looking to keep their winning run going till the end of the campaign.

On the other hand, Odd BK is also a decent opponent standing before Bodo. The away side currently sit in 10th place in the table with 22 points on board after 17 league games.

In their previous two league games, Odd have won 1 and lost the other. Oddrane have record a 4-2 win against Haugesund and lost against Stromsgodset 1-0. In the game against Haugesund, Sander Svendsen scored once while 24-yeard old striker Tobias Lauritsen scored a hattrick.

Erik Botheim will be looking at this game as a good opportunity to be amongst the goals as he has not been clinical in recent past. The striker will be keen to score and we see good value in the odds stacked at 1.83 for the striker to score anytime during the game.