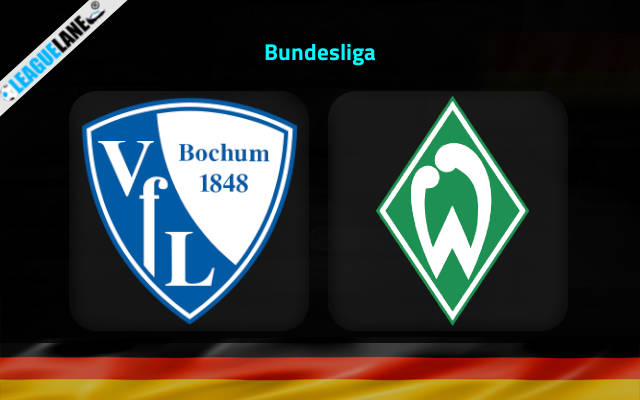 Werder Bremen were promoted to the top flight just at the end of the last season. But so far they have managed to deliver some good performances. Meanwhile Bochum have been a total disaster in the Bundesliga this time around and are placed bottom-most in the table with a 100% losing record.

They are the only team yet to post at least one point on the board, and they have let in the most number of goals of all the teams in the competition as well. Moreover, only two other teams have scored fewer goals than them.

Even the previous season they had merely managed to stay above the relegation cut off and all through the campaign they had managed to register just twelve wins.

Meanwhile Werder Bremen have remained unbeaten all through this new season except for a single defeat. This only loss had come against Europa League champions Eintracht Frankfurt.

They have consistently found the back of the net in the last several fixtures and they also have the confidence of having been promoted from the second division.

On top of that they also have a superb head-to-head record against this rival over the years.

Taking into account these observations expect a victory for Werder Bremen this Saturday.

Bochum are on a four-game losing streak and they had let in a total of 13 goals in the process. Their only victory this season in all competitions had come against a team from the lower division and that too in the DFB Pokal.

It also needs to be noted that they have a total of just seven wins in front of their home crowd in the past nine months.

On the other hand, Werder Bremen were unbeaten in 25 of their previous 30 fixtures and in the process, they had gone on two separate four-game winning stretches.

In addition, they also have a dominant head-to-head record against this rival.

By the looks of things expect a victory for them this weekend.

Tips for Bochum vs Werder Bremen