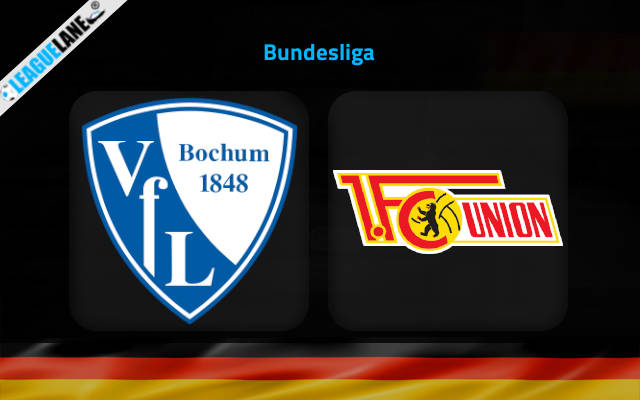 Bochum had a shaky start to their season, and it took them some time to find consistency. However, they are in good form now, and they seem motivated to make up for the lost points in the first phase of the campaign.

It also deserves to be mentioned that, in spite of their problems, they have been on a good run at home all through 2021-22.

Meanwhile, Union Berlin are yet to find form. They are conceding goals in almost every other game, and particularly on the road, they have been performing poorly since the start of the season.

By the looks of things, expect a win for Bochum this Saturday at the Vonovia Ruhrstadion.

Bochum lost 2-0 on the road the last match-day, against Bielefeld. But they were unbeaten in seven of their past ten overall fixtures, and six of these were wins.

They are also on a seven-fixture invincible streak at home, and five of these were wins as well. They had also scored a total of 14 goals from their preceding six appearances at home.

On the other hand, Berlin were held to a 0-0 draw by Freiburg. They are also on a three-game winless run, and they had remained winless in ten of their past thirteen fixtures.

Going on, such has been their consistency, that they have failed to score on the road just once since May.

Taking into account these observations, and the h2h domination of Bochum at home, expect a win for them this Saturday at the Vonovia Ruhrstadion.

And considering the state of defense for Unionb Berlin, expect goals in plenty too.

Tips for Bochum vs Union Berlin