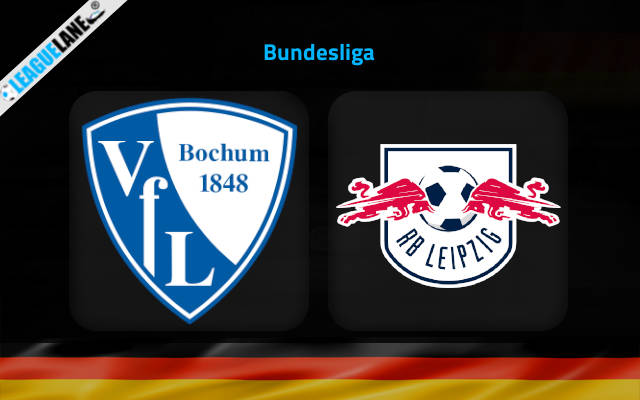 Bochum stunned Bayern Munich 4-2 when they last played at Vonovia Ruhrstadion. It was by far their best performance of the season which resulted in the biggest shock of the campaign so far.

The team led by Thomas Reis will be hoping to repeat a similar showing on Sunday afternoon when they play host to RB Leipzig in the 24th round of Bundesliga.

Bochum have generally done very well of late, making it four consecutive league outings without a defeat last weekend when they held Stuttgart 1-1 on the road.

However, the showing at Mercedes-Benz-Arena was nowhere near as impressive as the one from the mentioned victory over sovereign leaders Bayern Munich.

Bochum barely prevented a defeat against relegation-threatened Stuttgart last weekend, only thanks to substitute Eduard Lowen who bagged his first goal of the season by netting the equalizer from the spot deep into stoppage time.

Reis’ troops will need to be at a much higher level if they want to maintain their unbeaten stretch here against RB Leipzig who look to have found the right shape of late.

The visitors destroyed Hertha Berlin 1-6 on the road last time out. It was their second win away from home in the last three games.

RB Leipzig have been pretty inspired up front recently, bagging at least two goals in each of the last eight outings across competitions.

They did win only two of eleven away matches so far in the Bundesliga campaign and Bochum are a tough nut to crack at Vonovia Ruhrstadion this season, but it is very hard to look past the away win pick with the current RB Leipzig’s form.

RB Leipzig had a tough clash against Real Sociedad just three days ago in UEFA Europa League and they have a dismal record on travels overall so far in the season.

However, we will still back the visitors to claim the spoils on Sunday afternoon at Vonovia Ruhrstadion because they’ve hit a superb form offensively of late and we can hardly see Bochum stopping them here.