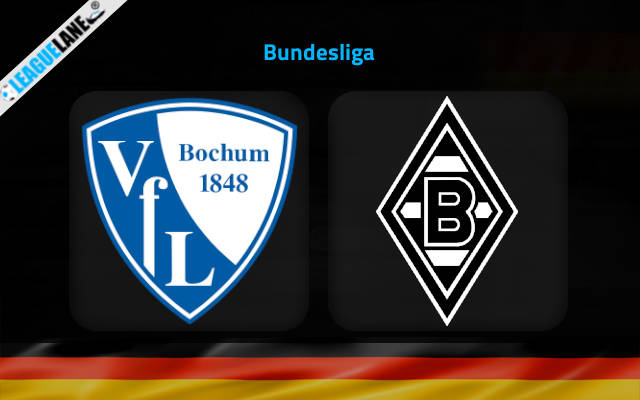 Bochum will continue their tough schedule on Tuesday night when they play host to Borussia Monchengladbach in Gameweek 14 of Bundesliga.

Thomas Letsch’s men suffered a tough 4-0 defeat ten days ago away at Wolfsburg and they had another tough affair on Saturday, playing away at Borussia Dortmund.

Borussia Monchengladbach, on the other side, snapped a three-loss skid on Friday evening in the home match against Stuttgart.

The team led by former Norwich City manager Daniel Farke have had a rollercoaster campaign so far in the season.

Monchengladbach are capable of beating anyone on their day but can also drop the ball against any team in the division at the same time.

Borussia have played attractive attacking-minded football in the last several years but they are particularly attackingly-minded this season under Farke.

Each of the last seven games Borussia Monchengladbach played thus saw the Over 2.5 goals FT & Both Teams To Score pick coming in, including the Friday’s home match against Stuttgart.

Farke’s troops do have issues with the lack of defensive meticulousness since the team allowed at least two goals in six successive games in all competitions going into Friday’s clash with Stuttgart.

Knowing that Bochum have also been anything but reliable defensively of late, we have plenty of reasons to expect goals galore on Tuesday evening at Vonovia Ruhrstadion.

This match has goals in it. Since Bochum’s back line looked really poor in the tough defeats to Stuttgart and Wolfsburg in the recent matches, we very much like the 2.62 odds offered for Monchengladbach to win & Over 2.5 goals FT pick here.

Those who prefer correct score longshots can try and catch the value of the whopping 13.00 odds offered for the visitors to win 1-3 on Tuesday.