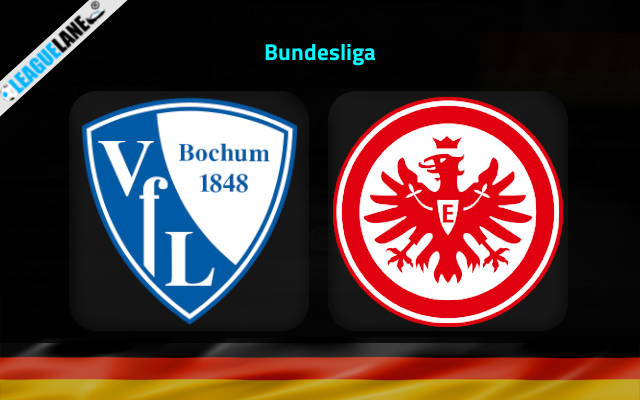 Frankfurt are the reigning Europa League champions, and they are also on a superb stretch of results at the moment. They are scoring goals in huge numbers, and they have a great opportunity coming up to keep this trend ongoing, as they are pitted against the dead-last placed Bochum.

Bochum are placed 18th in a table of 18, and are one of the only two teams yet to secure their first win of the season in the league.

In fact, they have a 100% losing record, barring a draw. Moreover, they scored the least number of goals of all the teams in the competition, and they also conceded the most. In fact, their combined scorecard from their eight fixtures so far is 5-23.

Meanwhile, Frankfurt won four of their past five league fixtures, and as of now, they need a surplus of just three points to climb level with the toppers.

It also deserves to be mentioned that purely based on the last five match-days in the league, they are the best of the lot.

Moreover, most of the teams in the top-most tier have tough games coming up this weekend, and likely this is an opportunity for Eintracht to solidify their position in the podium.

On top of that, they also have a dominant h2h record against this rival over the years, and considering these observations, expect a win for Frankfurt this Saturday at the Vonovia.

Bochum are on an eight-game winless run, and of these seven were losses. They let in 21 goals in the process, and they also failed to score in four of their previous five fixtures.

On the other hand, Frankfurt are on a four-game unbeaten run, and of these three were wins. They kept clean sheets in three of these matches, and they scored two or more goals in two of these games.

Considering these observations, expect a win for Eintracht Frankfurt this Saturday.

Tips for Bochum vs Eintracht Frankfurt