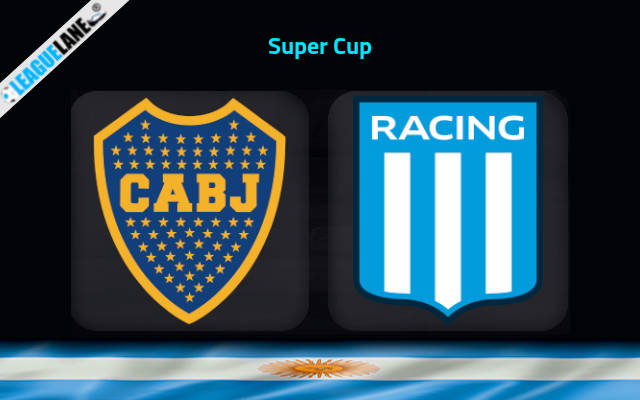 Boca Juniors and Tracing Club will take on each other in the Super Copa Argentina on Friday afternoon on the neutral venue of Hazza Bin Zayed Stadium in Al Ain (the Emirate of Abu Dhabi, United Arab Emirates).

The two outfits represented the major force of the Argentinean top flight last year and are probably among the main candidates for the domestic trophies ahead of the new season as well.

Interestingly, both second-placed Racing and third-placed River Plate had a better goal difference than the champions in the previous term of the competition.

Racing Club got their consolation by beating Boca Juniors in the Trofeo de Campeones clash in early-November last year.

They did so thanks to a late 118th-minute goal from Carlos Alcaraz. It was a match in which we saw as many as ten red cards.

It will thus be very interesting to see how both teams’ players will react on Friday when they meet each other in the battle for the first trophy of the year.

This is the first official game of the year for both teams. Knowing that none of the previous eight of their head to head matches produced three or more goals, we are tempted to take the Under 1.5 goals FT pick at the 2.70 odds.

The braver punters can try their luck with the 0-0 correct score prediction, a scenario that occurred in four of the previous five head to head outings between these rivals. This bet is paid at the 7.50 odds.