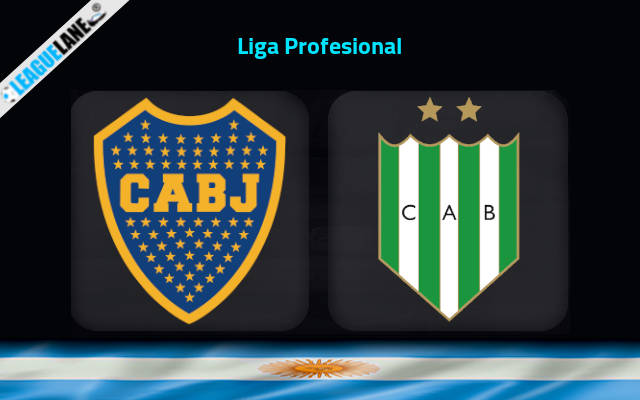 Gameweek 6 of Liga Profesional is set for this Saturday as the reigning champions play host to Banfield where both these sides are separated by 2 places and one point. These two teams will be seen clashing at Estadio Alberto J. Armando.

Boca Juniors will play in this match after a goal-less Copa Libertadores stalemate against Corinthians. From the 5 matches played so far, they won 3 times while have lost on 2 other fixtures. The hosts now sit at the 4th spot with 9 points added to their name. They now need 5 more points to takeover the top spot.

In the previous matchday, the reigning champion dropped a few points at home by 1-2 against Union Santa Fe. That physical game saw 33 total fouls committed between both sides, with an additional red card being up in the air.

On the other side, Banfield resides at the 7th position on the table with 8 points. Of the 5 matches played, they won and drew 2 matches each while having lost on one other fixture. They have not shown much caliber in their previous matches here, though they have usually done enough to earn points.

In the game prior to this, Banfield drew 1-1 in the Superliga match with Barracas Central. Claudio Vivas’s men have turned their attacks into goals 6 times throughout their last 6matches. They now com here on the back of 4-game unbeaten run in Liga Profesional.

Boca Juniors haven’t lost in the league to Banfield in their previous 11 matches. They also remain unbeaten in their past 14 h2h meetings with this foe. They also lost only once from their last 13 home matches played across various competitions.

Meanwhile, Banfield lost to this rival in games played away from home for the previous 4 matches while unable to net in any of them and conceding 11 in total. But they remain undefeated in their last 4 away fixtures.

Considering their previous h2h stats and current form, we feel that a home win is likely to occur this Saturday.