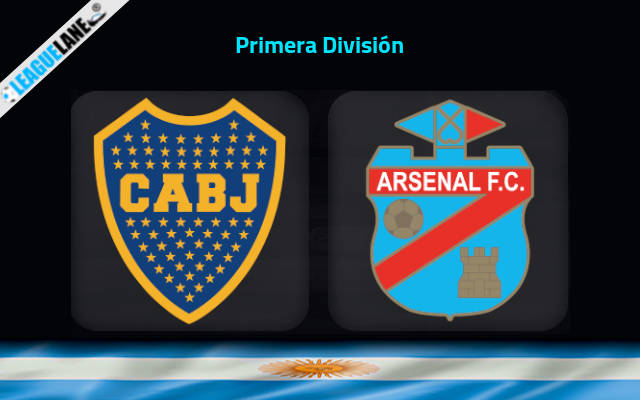 The first round of Liga Profesional is set to kick-start this Sunday as Boca Juniors play host to Arsenal Sarandi at Estadio Alberto J. Armando.

Boca Juniors has been impressive lately winning the Copa de la Liga Profesional final by 3-0 against Tigre. They remain unbeaten in their last 8 games across various competitions with winning 7 of them. The home side finished their last season at 4th spot gaining 41 points overall.

The hosts come here on the back of a recently 1-0 home win against Deportivo Cali in Copa Libertadores. Boca Juniors topped the group with 10 points and made it to the Play Offs. They have been mean at the back, with the tally of goals that have gone past their goalkeeper over the course of their previous 6 games stand just one.

On the other hand, Arsenal Sarandi has been on a winning streak since their last 3 matches across cup competitions. The visitors had a poor season in 2021, ending at the rock bottom of Liga Profesional with just 4 wins form 25 matches.

Arsenal Sarandi fans will want a repeat of their previous result, being a 2-1 Copa de la Liga Profesional victory over Aldosivi. Leonardo Madelón’s men have seen their goal attempts be successful 10 times in the course of their latest 6 matches. The overall goals that they have conceded during those same matches comes to 8.

Meanwhile, Arsenal Sarandi won only once from their last 20 away games played across different competitions. They have also not won against this rival in their last 9 h2h matches.

Knowing that, we expect the hosts to seal a win against this Sunday.