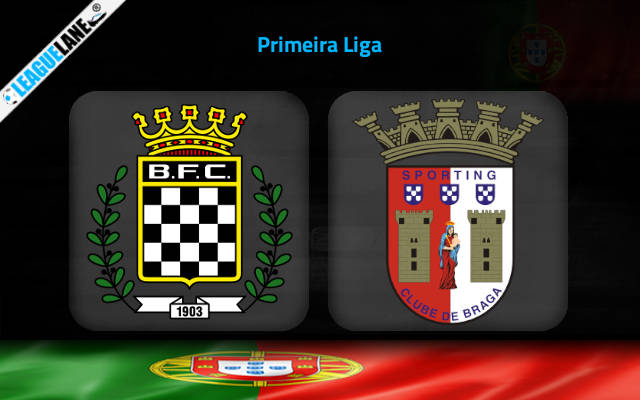 Game week 25 of Primeira Liga brings us the match between Boavista and Sporting Braga on Saturday at Porto.

Boavista played their last match against Estoril, in which a last-minute goal by Luis Santos for Boavista took the team up the scoreboard, earning them a much-needed win. The match ended with 2-3 FT score.

Sporting Braga played against Santa Clara in their last match, in which both teams failed to score in the match. The match ended in a goalless draw.

Boavista has not been on their best performance this season. They have won in their matches only occasionally, which has put the team at the bottom of the league table. From the last ten matches, they scored in all their matches but could find wins in only two of them. The team now stands 13th on the league table with 25 points from their matches.

Sporting Braga has played well in their matches recently. The team has scored in eight of their last ten matches and has found wins in six of them. The team currently sits fourth in the league table with 45 points from their matches.

Boavista will have a hard time when they face Sporting Braga next. Sporting Braga has played well in their recent matches, earning multiple wins in the last ten matches. The team is also unbeaten in their last three matches.

Most of Boavista’s home matches have ended in draws for the team. The team is unbeaten in their last six home matches, but only one of the six matches has ended in a win. Braga, however, has played well in their road trips, finding wins in three of the last five.

Looking at the performance, the match is most likely to end in a win for Sporting Braga. However, Boavista has levelled the scoreboard in most of their matches, leaving a chance for the match to end in a draw. Both teams have scored in their recent matches and can be expected to score in this match as well.