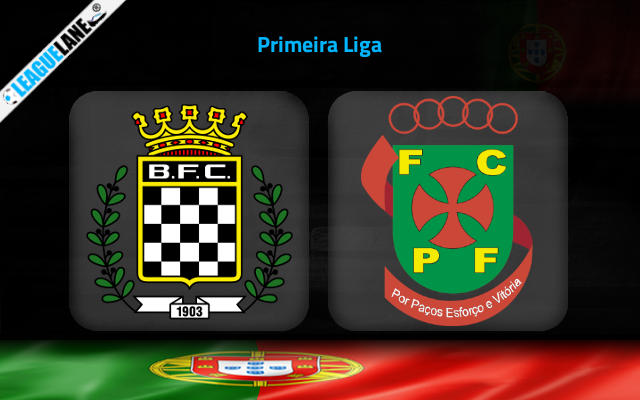 Finishing in the mid-table last season, Pacos de Ferreira seek to get off to a better start this time. However, they failed to secure a win in the opening game of the season, losing by 1-0 to Gil Vicente.

They maintained it further by conceding three consecutive defeats further. Despite their best efforts, they are letting in goals in numbers and have been unable to show positive consistency.

Seldom they been able to keep clean sheets. Moreover, these issues have been even more worrisome in their away games.

Meanwhile, Boavista were one of the teams that had to settle outside the top half at the end of the past and lately they have been going through a rather inconsistent stretch of performances.

The last four overall outcomes recorded by them were evenly split into two each for wins and defeats. Six points from the previous four fixtures have helped them climb to the 9th spot of the league standings.

The problem for the team lies in it’s defensive line which have allowed five goals from their previous two outings.

Considering the weak defenses of both, expect a goal-fest at Estadio do Bessa Seculo XXI on Monday when Boavista play host to Pacos de Ferreira in a Liga Portugal fixture.

The Panthers are undefeated in the previous 10 clashes with Pacos de Ferreira. Most importantly, the visitors are winless at this venue since seven years.

Moreover, Pacos de Ferreira are on a four-game winless run on the road. Meanwhile, Boavista were unbeaten in two of their previous three home fixtures.

Considering these observations, we expect a win for the hosts Boavista on Monday.