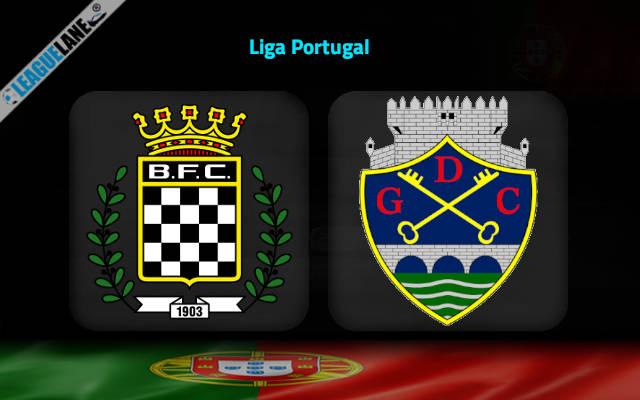 Boavista vs Chaves Predictions and Free Tips from our expert tipsters when the teams go head-to-head in Liga Portugal on Monday, 23 January 2023.

Manager Petit will have to instruct his team to not give away points so easily as they lost to Braga last time by 1-0. They are twelfth in the league and have lost three of their last four outings.

On the other hand, Chaves held Arouca to a 1-1 draw in their last league outing. Do note that they are yet to lose a game this month. Another point to note is that they have a good unbeaten record on their away trips this season.

Looking at the previous records, four of the last five head-to-head matches have ended in a draw. The last time both teams clashed against each other was more than three years ago. A similar trend is also observed at Estádio do Bessa Século XXI.

Who will win the match between Boavista and Chaves?

The last time Chaves won a league game was back in November. Moreover, Boavista’s last league win was against a relegation team. Therefore, the chances are high that this game will end in a draw.

In January, both teams have not scored more than one goal in their league fixtures. The last meeting between these two teams ended in a 1-1 draw. Moreover, both teams have scored in the last four meetings. We can expect the same this time as well.

You can back the following, as our first tip is that the game will end in a draw– the odd for this tip will be at 3.40 odd.

Furthermore, our second tip for this game is that Both teams to score– at 1.95. The main reason is that both teams have scored five goals combined in the last two encounters.