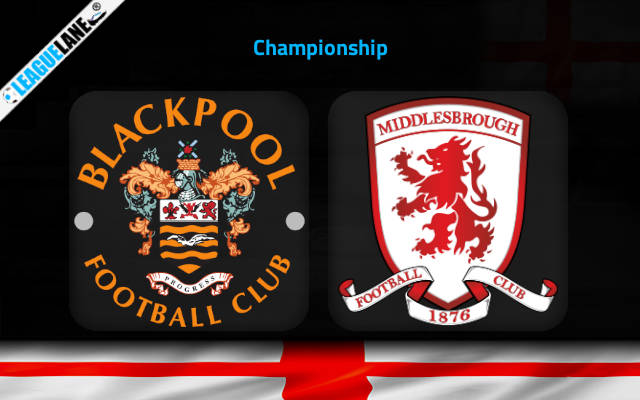 The recent form looks almost identical for both Blackpool and Middlesbrough this season. Both sides will clash at Bloomfield Road this Saturday.

The team led by Michael Appleton are currently at the eleventh position in the league table.

The Seasiders won against Huddersfield in their most recent fixture. Theo Corbeanu scored his third goal of the season in that game.

Meanwhile, Chris Wilder’s side have been woeful of late, having lost two of their last four games so far. They will hope to turn things around with a win against the host.

It is worth noting that Boro are at the second position in the league in terms of goals conceded- They are only behind Hull City.

Nevertheless, they managed to snatch three points from Sunderland in their last league game. It was a narrow 1-0 victory for Chris Wilder and his men. Riley McGree scored the only goal in the 25th minute of the game.

However, Boro are unable to find consistency in the league. Their recent form is looking very concerning, as they are winning and losing every alternate game in the league.

The recent form is showing that Michael Appleton’s team have only lost once in their last five games. On the other hand, Middlesbrough are winless in three of their last five matches. Hence we can expect the host to dominate this game.

It is important to note that, Theo Corbeanu has scored his third goal of the season, he is the most important player in the team. Therefore, we can expect more goals from this player in this upcoming fixture as well.

It is also important to mention that Seasiders have scored a total of seven goals in their last four league matches.

Our prediction is that Blackpool to this match, this is a worth the risk with odd priced at sky high 3.25.

In the head-to-head encounters, there have been over 2.5 goals in their last nine matches. This gives us enough reason to back goals in this encounter.