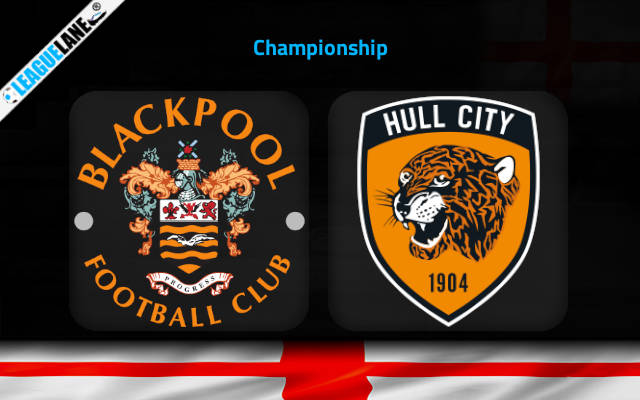 With 7 points apart, both the teams belong to the second half of the table. Blackpool won only one of their last 5 league matches while the Tigers lost the previous league fixture. The hosts are the ones in dire need of a win, as they invite the guests on their home ground at Bloomfield Road on the first day of 2022.

Blackpool is at the 13th spot on the standing with 30 points from 24 games. They won 8 times in the league while drawing on 6 and losing on 10 other occasions. They have scored 25 in total while conceding 30, which showcases their poor defensive tactics.

The Seasiders have been scored against in 5 of their previous 6 clashes, leaking 9 goals past their defense. They couldn’t maintain their momentum after Peterborough win, thereby losing against Huddersfield by 2-3.

Hull City reside at the 19th position on the table with only 23 points. Of the 23 matches played, they won on 6 games while drawing on 5 and losing on a dozen other occasions. Their total goals to conceding ratio stands at 20:28 so far in the league.

Over the course of their previous 6 clashes, the Tigers have amassed a tally of 9 goals meanwhile letting 6 goals go into their own net. They have also managed to score in each one of those games. Their previous league fixture against Nottingham Forest ended in a 1-2 defeat.

Previous matches between the two has averaged 2.43 goals while BTTS has happened 71% of the time. Blackpool are at home form while the visitors are performing meager at away schedules.

We anticipate a possible home win this weekend, as the visitors have only won thrice out of the 12 away schedules this season and a home advantage can narrow out the chances for the hosts.