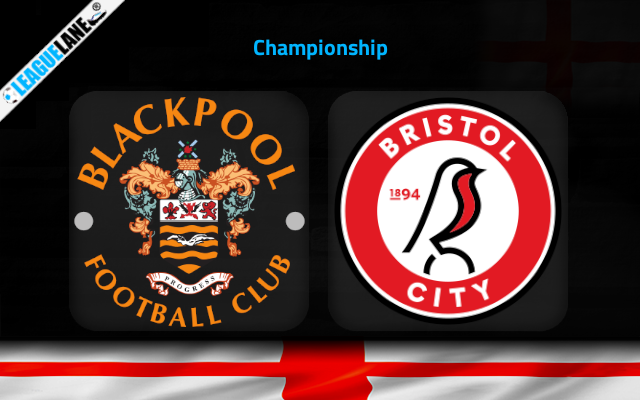 Bristol City have regained their winning momentum back in recent games. They will face Blackpool at Bloomfield Road this Saturday.

Michael Appleton’s side is at the eleventh position in the league. They will jump to the top spot if a win is secured.

The Seasiders made a dramatic comeback against Burnley in their last league outing. In that game, Shayne Lavery and Jerry Yates scored two goals within two minutes apart.

However, Michael Appleton’s tactical decision to play Sonny Carey was disastrous. In the 83rd minute, the substitute got red-carded.

Michael Appleton and his men probably played one of their best games against Burnley, as they registered eight shots on target.

Meanwhile, the Robins find themselves at the seventh position in the league table after match-day 5 concluded.

It is interesting to know that both teams have obtained seven points in the league table. The Robins possess a goal difference of +2, hence they are above the Seasiders.

Nigel Pearson’s side can overtake league leaders Sheffield United if this fixture ends in a win for the Robins.

They have kept two consecutive clean sheets in their last two EFL Championship fixtures so far.

We predict this game to end with the Seasiders winning all three points. The past results show that the Robins have struggled to win at Bloomfield Road.

Michael Appleton’s tactical advice for the strikers seems to have lost its sharpness. This has affected the team since only five goals have been scored in the last five Championship games.

Our next tip is that this game will be a high-scoring one since Bristol have scored more than 2.5 goals in their last two away fixtures.

We predict Blackpool to win this game in front of their home supporters- the odd is at 2.25 for this tip.

We also predict the game will end with more than 2.5 goals and with both teams finding the back of the net – the odd is at 1.90 and 1.72 respectively.