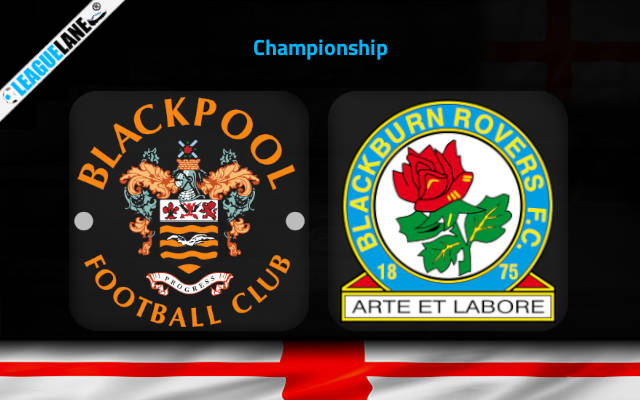 Spectators can expect a thrilling game of ninety minutes as Blackpool will lock horns with league rivals Blackburn at Bloomfield Road this Wednesday. The Seasiders made a dramatic comeback in their last league game against Bristol City.

Canadian striker Theo Corbeanu was the hero last time, as he scored the equalizer in the 90th minute for the Seasiders. The game ended in a 3-3 draw at full-time.

Manager Michael Appleton is now unbeaten in their last three consecutive games. This takes them to the thirteenth position in the league table.

Meanwhile, the league campaign for the Rovers seems to have gone downhill. Manager Jon Dahl Tomasson is facing criticism as his team are on a three-game losing streak in the Championship.

It also needs to be noted, that the Rovers failed to score a single goal in those three games.

It is also interesting to note that Blackburn and Reading are the only two clubs in the EFL Championship this season with no points being shared in their league games. Hence the upcoming future ending in a stalemate is the last thing we can expect.

Jon Dahl Tomasson’s side is at the eighth position in the league table – winning only nine points out of a possible eighteen.

However, the goal difference statistics should not be taken very seriously. As a win in this fixture will help the Rovers take the topmost position in the table.

Going into this game, Jon Dahl Tomasson and his men seem to have lost their winning mentality as they have suffered three back-to-back defeats in the Championship. Therefore a tough game awaits them at Bloomfield Road.

Our prediction is that Blackpool will win this match- the odd for this tip will be at 2.40. This considering that in the last two games between both clubs, the Seasiders are unbeaten.

Moreover, you can also bet on the Over 2.5 goals – the odd for this tip will be at 2.00. Since over 2.5 goals have been scored in two of the previous three encounters.