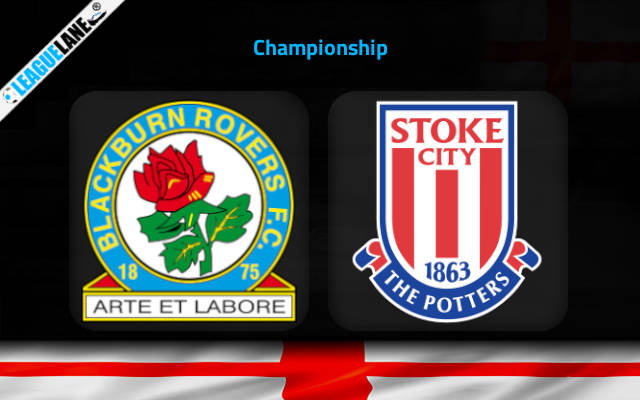 Pressure is starting to build on Stoke City manager Neill after his side made it four winless outcomes from their five opening fixtures of the new season. A 0-1 defeat against Sunderland in the most recent match-day was the last of those.

After winning the first three Championship fixtures this season, Blackburn lost a couple further and made it two consecutive league fixtures with a defeat outcome.

Anyways, the three positive outcomes have helped them to climb up to the fourth spot of the league standings at present.

Stoke, on the other side, have started off inconsistently and are having a dismal form lately.

The problem of the team lies in their defensive line which allowed two or more goals in three of the five league fixtures they have appeared this season.

By the looks of things, Blackburn will have a great chance to return back to the winning ways when they play host to Stoke in a Championship fixture at Ewood Park on Saturday.

Rovers seems to have picked up things from their previous match-day against Bradford City in a Carabao Cup fixture.

They are on a 3-game winning streak in front of their home crowd and have scored two or more goals in two of the fixtures.

On the other side, Stoke had lost three of their past four overall games. They had let in two or more goals in two of these matches. Do also note that they lost all the previous six fixtures on the road.

Considering all the above observations, expect a win for Blackburn. However, since the hosts have conceded goals in the past two Championship fixtures, we can also lean towards the both teams to score bet.