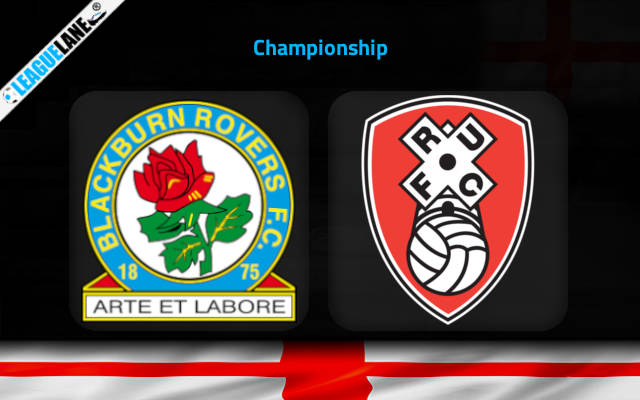 Blackburn play host to guests Rotherham at Ewood Park in this Championship fixture on Saturday.

They are on an average stretch of performance this season. From the last 6 league matches, the team has got one win, three draws and two defeats.

The Millers conceded 8 goals so far in this season. However, their form is bit worrying lately.

Meanwhile, Blackburn rather have an inconsistent form in the league currently. A positive outcome is often accompanied by a negative one for them. Such a slump affected their position in the league standings.

As of now, Blackburn sit 7th in the standings with a score of 6 wins and defeats. The team owns an average offense and a disappointing defense this season too.

Going on, Blackburn can uphold their recent head to head recordings against Rotherham for spirits. On top of that they are given the home advantage for this fixture.

The Rovers is currently on a 2-fixture winning streak in front of their home crowd. They had scored a total of 4 goals in the stretch.

On the other hand, Rotherham is yet to seal a victory on the road this season. They are on a 4-fixture winless streak away from home.

Moreover, Blackburn rather have a superior head to head form against Rotherham at this venue. Therefore, we have enough of reasons to back a home win for this Championship fixture between Blackburn and Rotherham.