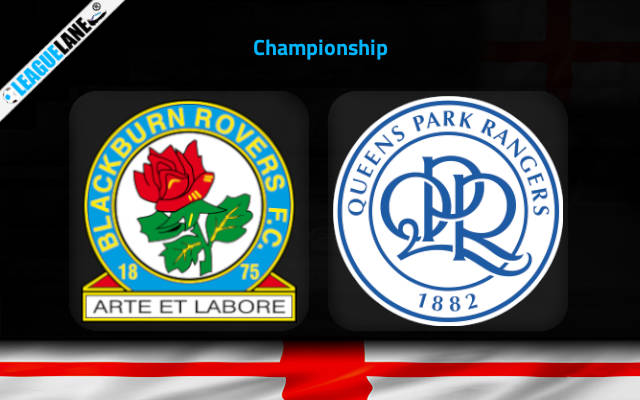 With only 2 points separating the two, the Riversiders will be hosting the Hoops at Ewood Park this weekend for the 35th Round of Championship.

Queens Park Rangers are leading the Championship Play Offs but have lost, and failed to score, in each of their last two away league games. The last time they did so was in three successive games in December 2017 under Ian Holloway.

Blackburn is also in the zone of Play Offs but have struggled to secure a win since the past 5 league fixtures.

The Hoops are at the 3rd spot on the standing with 56 points from 33 games. They won 16 times in the league while drawing on 8 and losing on 9 other occasions. They scored 49 in total while conceding a sum of 38 which shows some room for improvement in defense is needed.

Queens Park Rangers had a 2-1 league win as they beat Blackpool in their previous fixture. The side failed to score in 2 of the last 5 games thereby losing twice of the last 5 fixtures.

On the other hand, Riversiders reside at the 5th position on the table with 54 points. Of the 33 matches played, they won 15 games while drawing and losing on 9 games each. Their total goals to conceding ratio stands at 45:34 so far in the league.

Blackburn had a 0-1 losing effort in their last game against Sheffield United. Things have not been going that well in front of goal for the Rovers recently, with the side failing to score in 4 of the last 5 games. They will need to improve their attack to get anything out of this game.

QPR are looking to secure a league double over Blackburn for the first time since the 1970-71 season while they have not won away from home in their last 2 league matches.

We anticipate a home win this Saturday as the Riversiders won 60% of the home games played this season. Moreover, the visitors are out of form recently, losing the last 2 games on road.