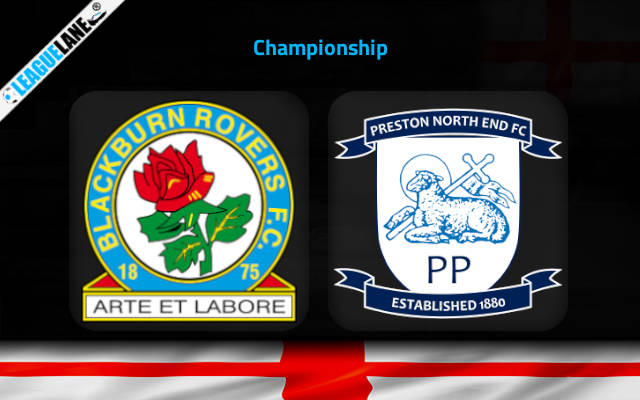 Blackburn Rovers are on a good run currently in the Championship League this season. This Saturday, they will be facing Preston North End in their home ground for the 3-points.

The Rovers stand 5th in the league table, with 33 points for the team. They have 9 wins, 6 draws and 5 losses from 20 matches. In their last match against Stoke City, they had a win with 0-1 FT score after Reda Khadra scored the only goal in the game in 52′-minute.

Preston North End stands 17th in the league table 8-points below the opposing team. They have 6 wins, 7 draws and 7 loses this season. Their last match against Fulham ended in a draw with 1-1 FT score.

Rovers are playing in great form this season and they have scored in 8 games out of the last 10. The host have played extremely well in their home ground with 6 wins in last 10 games in their home ground and also in their previous home match, the Rovers had a stunning victory against Peterborough United with 4-0 FT score.

As for Preston, they are just a win away from becoming the 9th in the league. Preston has only 2 wins in away matches from last 10 matches and out of their 6 wins this season, 4 wins came from the last 8 matches.

There is high chance for both the teams to score goals in the next fixture. The match is sure to be tight but Rovers have a more chance in winning than Preston and gaining the 3-points.