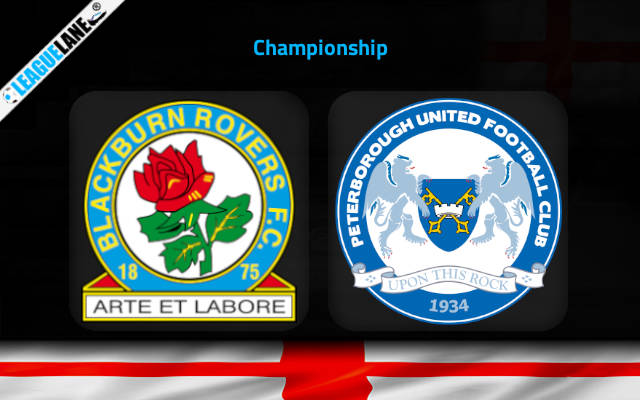 From equalizing the last game against Bristol City, the home team look forward on winning the upcoming fixture. The visitors are in the relegation zone after a loss in their previous game against Stoke City in Championship action. Peterborough United and their travelling fans will hope for a better result as they visit Ewood Park this Wednesday.

Blackburn has 27 points from 18 matches played of which there were 7 wins, 6 draws and 5 losses. Their goals to conceding ratio is nearly the same, showing poor defensive mechanism. They are only 2 spots away from getting a promotion to the Championship play offs.

Only 2 spots away from the bottom are the visitors with 15 points from 18 matches. They lost 11 games and won only 4 of them while drawing another 3 games. They have nearly twice the number of conceded goals than scored on the league.

Rovers have seen their defense breached in 5 of their previous 6 clashes, letting in 11 goals along the way while Peterborough United has been scored against in 6 of their last 6 matches, letting opponents get 9 goals in total. In defense, the visitors just haven’t been too solid at all.

Darren Ferguson’s men has won just one of their last 5 Championship away games and on considering the past 5 league games, they won only a single time exhibiting their poor recent form.

There have been at least three goals in the last 5 games between the two and 80% of their h2h match saw the Rovers gaining the win.

We back up the hosts because of their current form in the league and having won more h2h matches than the rival in the past. However, both the teams could net, but a home win is highly probable to happen on Wednesday.