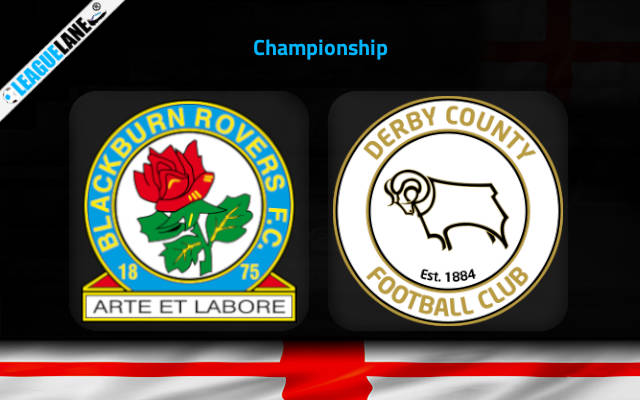 Game week 38 of Championship brings us the match between Blackburn Rovers and Derby County on Tuesday at Blackburn.

Blackburn played their last match against Millwall. Both teams failed to score in the match, ending the game in a goalless draw.

Derby County’s last match against Barnsley ended in a win for the team. Derby County scored two goals in the match and defended their post well from the opposition, leaving them goalless. The match ended with 2-0 FT score.

Blackburn Rovers was one of the strong contenders in Championship, but their recent matches have not produced the results the team had hoped for. The last ten matches have produced only two wins for the team and have failed to score in over six of the matches. However, the team still stays 4th on the league table with 58 points.

As one of the top contenders of Championship, Blackburn is the clear favourites for the match against Derby, but their recent performances have not been as we had hoped it would be. However, Derby is in the similar position as Blackburn in their recent matches.

I believe, even though Blackburn’s recent matches have not been their best, they still have a chance to win this match.