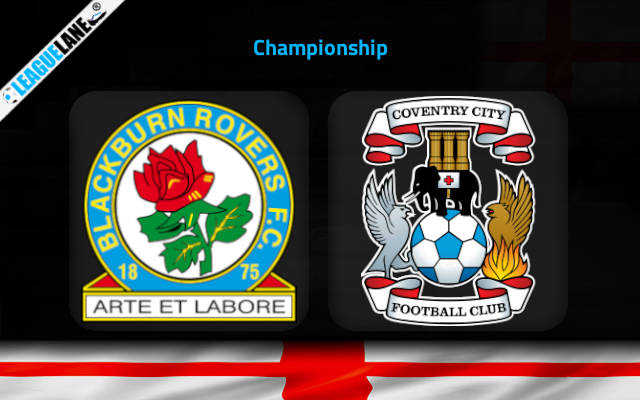 Coventry have been a great force in the Championship. But one of their glaring flaws has been their struggles on the road. Almost all of their wins have come at home. And this is exactly what Blackburn will be hoping to cash in on. Expect the better performance from the latter.

Blackburn lost 2-1 on the road the last match-day, against Blackpool. Going on, they were unbeaten in 14 of their past 19 fixtures, and they are on a two-match winning run at home. They had also scored a total of nine goals from their last three home appearances alone.

On the other hand, their counterparts Coventry won 4-1 at home against Fulham. However, they did lose seven of their previous nine road trips, and they had let in five goals in their latest away fixture alone.

Considering these observations, as well as recent h2h stats, expect a win for Blackburn.

Still, Coventry have an in-form offense to count on despite all their issues on the road, and moreover h2h clashes over the years also show a trend of goals coming in huge numbers.

For these reasons, expect a high-scoring affair as well this weekend.

Tips for Blackburn vs Coventry