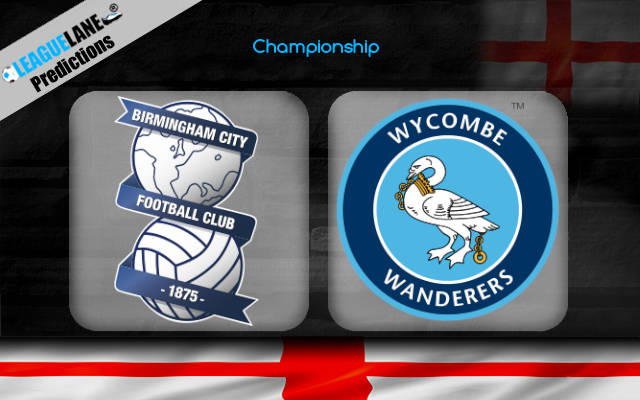 The Blues had made a slow start to their campaign. However, they have tried to make up for it with good performances in the last few match-days. After securing a total of seven points from their first seven games, the team posted six points from the last two games alone.

Now, they will attempt to make it nine from three fixtures, and they have kind of got a perfect opponent for it.

The Chairboys are placed 23rd in a table of 24 teams, and their only win this season had come against the 24th placed Sheffield Wednesday.

On top of that, Gareth Ainsworth’s men had also conceded the second-most number of goals of all the teams in the competition, and they had scored the least as well.

And most importantly, they have a 100% losing record against this opponent since 2000.

By all means, expect Birmingham to post the win this game week.

Karanka’s men recorded a 1-2 win on the road the last match-day, against Birmingham. In the meantime, Ainsworth’s men won 1-0 at home against Sheffield Wednesday.

As things stand, the Chairboys are the huge underdogs. The reason being – they are the worst team in the competition along with Sheffield Wednesday, and have lost all but two of their games so far this campaign.

On top of that, they are also a team from the lower League One that just got promoted, and they obviously are struggling to hold their own against the battle-hardened teams of the Championship.

In addition, they also have conceded the second-most number of goals in the competition, and they have let in two or more goals in all of their road fixtures this season, bar once.

Furthermore, they have a 100% losing record against this rival since 2000, and have conceded four or more goals in every single h2h meeting in the period, barring one encounter.

Likely, expect Birmingham to record a win this game week. Moreover, with a terrible defense, the Chairboys are expected to concede in plenty as well.