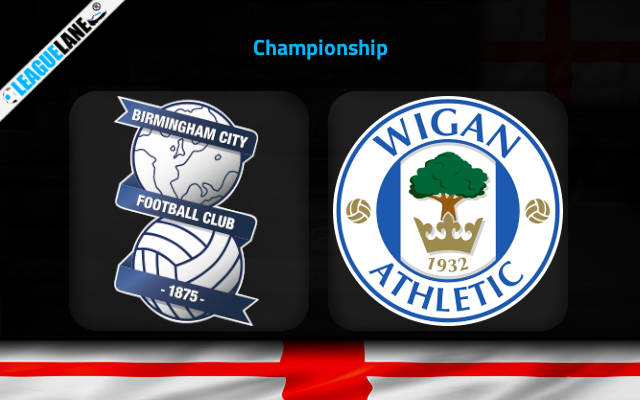 Birmingham’s so far recording this season displays an inconsistency. They had a decent start to this Championship season with a draw and a positive outcome to their name. The form dipped in the past two outings which they drawn and lose one apiece.

The Blues will have some desperation to end up the slump as early as possible. Their most recent outing against the newcomer Watford, who owns some competitive exposure ended up in a draw. That draw will be definitely a boost for them.

Also, their chances peak in this fixture as they faces another newcomer, but from the third division. Wigan’s current inconsistent form will add more to the positive hopes for Birmingham.

By the looks of things, we expect a pleasant Saturday for the local supporters at St. Andrew’s Stadium when Birmingham plays host to Wigan in a Championship fixture.

The Blues had a disappointing form throughout the past Championship season. As a result, they ended up in the 20th spot of the table. The frequent recording of a winless display pushed them down to occupy a spot which was very near to the relegation area.

Birmingham is having an inconsistent form at their safe patch too. They are winless in all the home fixtures except one in the past five.

But, they will have more chances to end up in the winning side as they faces Wigan who remains winless so far this season. Their winless run affected the away recordings too.

Thus, we should back the best among the both considering their current form. In that case, we are in favour of Birmingham to end bagging a three pointer despite of the decent head to head form of Wigan.