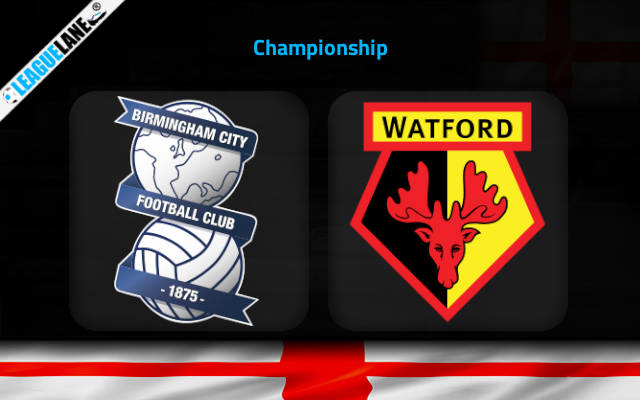 Watford will be aiming to stretch their unbeaten streak to four games when they travel to Birmingham City this midweek.

The Hornets were given a tough run of fixtures at the start of this season and they did extremely well to pick 7 points from those possible 9. All three teams they faced so far are promotion candidates and two wins and a draw from those are nothing but impressive.

The latest is a 1-0 home win against the resilient Burley after the 1-1 draw at West Brom since opening the season with another narrow win against Sheffield United.

Birmingham narrowly escaped relegation last season and their new manager John Eustace has a tough task to avoid a similar fate this season. The start is solid though it remains to be seen if they can consistently bag points against solid and moderate teams in the division.

Since starting off with a goal-less draw at Luton, the Blues grabbed a surprise 2-1 win over Huddersfield before the flaws were finally exposed in the 1-0 win at Cardiff City on the weekend.

Watford won the last three meetings against Birmingham. The latest of which happened during the 2020/21 Championship season, a 1-0 win at this ground before a thumping 3-0 victory at the Vicarage Road.

It is a decent start to the season for the Blues, but they do lack the quality to consistently pick up points against strong teams.

Watford despite losing some quality players in the transfer window did well to stay unbeaten at the start of the campaign and their success so far is built on the backend of an astute defense.

Therefore, we are backing the visitors to bag a win here and we have strong reasons to believe that this could happen with another clean sheet.