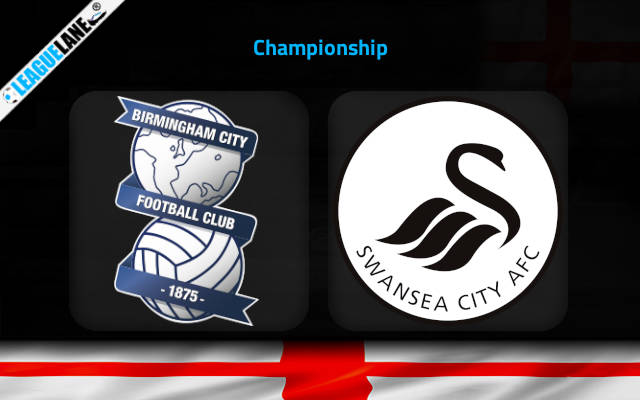 A 1-0 victory was the result for both Swansea and Birmingham in their respective previous league outings. This time manager of Swansea will try to keep this winning momentum going, as both these teams will play against each other in St. Andrew’s Stadium.

The host are having a disappointing season this year. It is shocking to know that they only managed to win two games since the season started.

In their last league outing, they managed to defeat Preston by 1-0. Maxime Colin scored the only goal in that game in the 16th minute.

This slender 1-0 victory ended a three-game losing streak for the Blues. Also, this is the second time they have kept a clean sheet this season.

Meanwhile, Swansea are also walking in the same direction as the current host this season. The Swans ended their four-game winless streak when they played against QPR.

In that game, Russell Martin’s side managed to win by a narrow margin. It was Joel Piroe who found the back of the net in the 21st minute of the game.

This win took Swansea to the nineteenth position in the league table.

Joel Piroe is the most important player for the Swans this season. He is on a three-game goal-scoring streak, hence we can expect Russell Martin to play him in this upcoming fixture.

Nevertheless, a win for Swansea will extend their unbeaten streak to three in the league.

The only similar trend that we have observed is that both teams have managed to keep a clean sheet in their last league game. Do also note that both teams are struggling to win this season.

Going into this game, the visitors will try to secure a win in this upcoming fixture. Also with the likes of Joel Piroe who is in great goal-scoring form, we can expect him to increase his goal tally.

It is interesting to note that both teams have only won a single game in their last five league games. Nevertheless, it is the Blues who have conceded the least number of goals compared to the Swans.

Our prediction is that Birmingham will win this match with BTTS – the odd for this tip will be at 1.83. This is considering the team’s four-game unbeaten streak against Swansea in the Championship.

The next tip for this game is that Joel Piroe will score anytime – the odd for this tip will be at 3.25. He has scored three goals in his last eight appearances for the club.