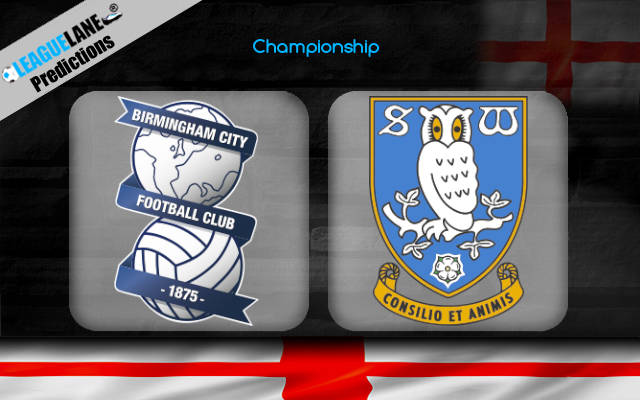 Birmingham City are only one out of five teams in the Championship that still didn’t experience how defeat feels like in the new season. Their standings are not so ideal though, having won only one encounters while the other three ended without a winner.

This weekend they will try to extend this unbeaten run at home against Sheffield Wednesday, team which is in a desperate need of points.

As you probably know by now, the Owls have lost twelve points before the season even started and managed to annul five so far.

This should be an interesting match where hosts are warm favorites for the win at 2.55 odds.

The most recent h2h between them was arguably one of the best games played in the Championship last season. It took place at St Andrew’s in February, ending in incredible six-goals thriller and 3-3 draw. Hosts barely got away with a point thanks to the stoppage time goal scored by Scott Hogan.

Five out of the last six times these clubs locked horns it ended with BTTS pick and a lot of goals.

The Blues hosted Sheff Wed 39 times so far in the past, having won 20 encounters and losing only seven.

We definitely think Birmingham’s unbeaten run is going to be active after this round as well. Aitor Karanka’s squad is doing such a good job in their careful approach to games and good defending. So far the Blues have kept two clean sheets and conceded only four goals.

Sheffield Wednesday are hardly going to benefit much from a draw here, which means they will have to go offensive and leave a lot of space for hosts.

It is also worth adding that Birmingham City defeated one of the strongest teams in the league Brentford FC. That happened in the first round.

Wednesday have lost two out of last three games across competitions, and barely won a point at home against QPR. Their poor shape is probably going to cost them a lot at St Andrew’s.