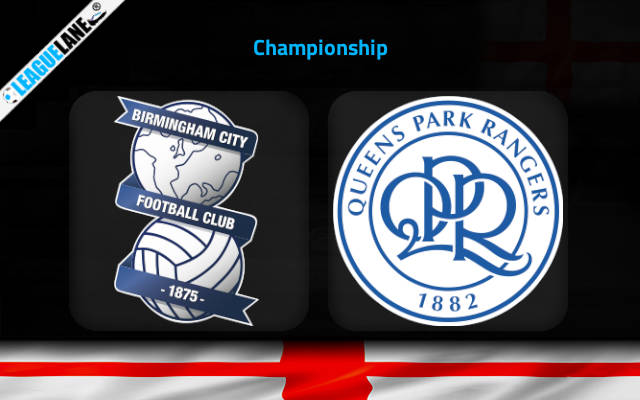 QPR will make the trip to St.Andrew’s Stadium as they lock horns with Birmingham this Sunday in a Championship fixture.

Winless in three matches and throughout the month of December, Birmingham City is set to take on a rather difficult opponent, to make things worse for them following the embarrassment at Blackburn.

The only win for the Blues over the last seven weeks came against Blackpool, towards the end of November.

Consequently, with a point on average in their preceding five Championship matches, the club is 17th in the league, eight points clear of their opponents for this weekend.

Rangers meanwhile having gone six matches undefeated will go into the fixture off the back of two consecutive losses albeit being against two top-class teams Bournemouth and Stoke City.

However one would opine a team needs to come up clutch in such fixtures if they are to qualify for the playoffs. That however, is a position the club has failed to achieve currently, as they sit 7th in the league table, a point behind the 6th place team.

The Blues are showing no signs of pushing for a top half of the table finish this season, having finished in the fourth quarter of the table in every campaign since the 2016/17 season.

After a disappointing month, the club can not be full of confidence leading into the match. Furthermore, they are facing a club undefeated on the road since October. With these in mind, I have backed QPR to emerge victorious this Friday.

The Hoops have scored in every away fixture since February. While their opponents have scored in their last five fixtures at home. Consequently, I have picked the ‘BTTS’ wager for this fixture.